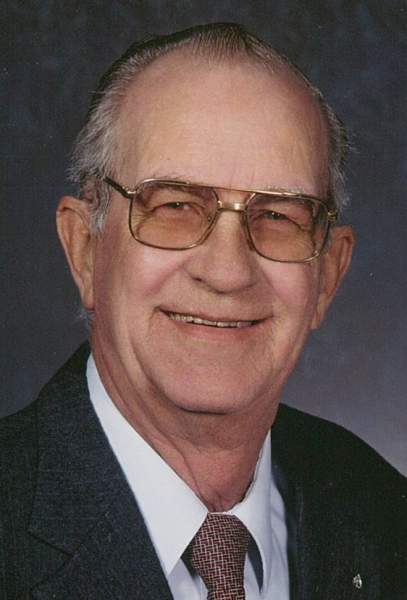 Due to COVID-19 directed health measures, private family burial will be held at Parkview Cemetery in Hastings. Visitation is 2-6 p.m. Thursday, May 7, at the funeral home. We will be in compliance with the CDC guidelines of 10 people gathering at a time for visitation, your cooperation is appreciated. Memorials may be given to Hastings Masonic Lodge #50.

Ervin “Erv” August Siemoneit was born June 16, 1932, to August Siemoneit and Elizabeth Annaliese (Klein) Siemoneit on the family farm in Plattsmouth, NE. He was baptized and confirmed in the Christ Evangelical Lutheran Church. In 1951, he was married to his best friend and love of his life for 69 years, Betty Lou Modlin.

He attended Collumn School and graduated from Plattsmouth High School in 1950.  He then attended Omaha Electric School where he received his 1 st Class FCC license in engineering.

Erv began his radio career in 1953 at KGFW in Kearney, and finished it in 1961 with KHAS Radio where he started the Program “Party Line” in Hastings that is still in existence today! In 1961, he moved to KOLN/KGIN TV as an engineer until 1991 at which time he retired. During that time, he was a member of IBEW Union for 20+ years where he served as president for 2 terms.

He was a proud member of the Masonic Lodge #50 in Hastings for 60 years, and also a member of Lodge #127 in Minden where he was Past Master in both Lodges. He served as the Hastings Lodge Historian for 38 years. He was a past member of the Hastings Scottish Rite and the Tehema Temple Shriners.

He served the city of Hastings as a Councilman of the 2 nd Ward from 1970-1974, coached little league baseball for ten yrs, started girl’s softball in Hastings and coached for five yrs, was a Ham Radio Operator under the call letters of KØICI, a member of Eagles F.O.E. #592, and enjoyed membership in Adams County Historical Society. Erv was a tinkerer, builder, inventor, and enjoyed fixing things.

Erv was preceded in death by his parents and sister, Evelyn Christie.

To order memorial trees or send flowers to the family in memory of Ervin "Erv" Siemoneit, please visit our flower store.