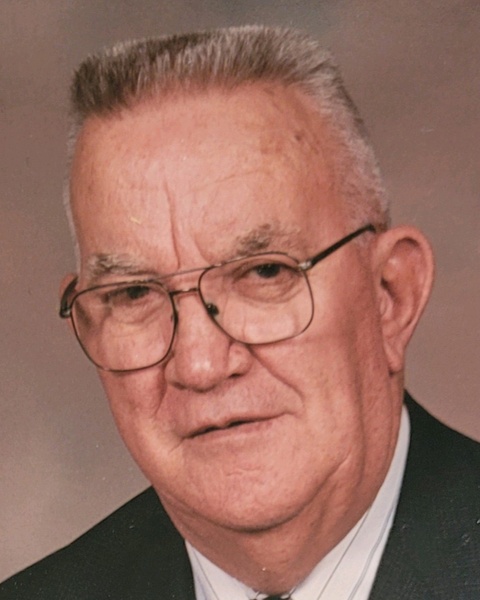 Rosary will be 7:30 p.m. Thursday, October 6, at Butler Volland Chapel. Mass of Christian Burial will be 10 a.m. Friday, October 7, at St. Cecilia Catholic Church in Hastings with Father Craig Clinch officiating. Burial with military rites by Hastings Military Honor Guard will be at Parkview Cemetery in Hastings. Visitation will be 1-8 p.m. Thursday, October 6, at the funeral home and one hour before the service at the church. Memorials may be given to Sacred Heart Catholic Church, Nelson, NE.

Eugene was born December 12, 1933, in Minden, NE to Leo and Josephine (Boyle) Garvin. The family lived on a farm near Norman, NE where Eugene attended school through eighth grade and then later graduated from Campbell High School in 1953. In 1954, Eugene enlisted in the U.S. Army and was stationed in Germany. After returning, he farmed with his father near Bladen, NE where he met Barbara which he married in 1958. To this union, three children were born, Randy, Tom, and Mary. They later made their home in Nelson, NE where the family was members of Sacred Heart Catholic Church.

Eugene worked for numerous employers but enjoyed his over-the-road trucking the most. He loved playing 10 and 4-point Pitch with family and friends. He loved gardening and spending time with grandkids and teasing them.

Later, Gene and Barb were divorced and he moved to an apartment in Good Samaritan Village in Hastings, NE. He was a member of St. Cecilia Catholic Church during his time in Hastings.

Eugene was preceded in death by his parents; daughter, Mary Garvin; brothers, Gerald and half-brother James; and sister, Rhoda Henson.

To order memorial trees or send flowers to the family in memory of Eugene E. Garvin, please visit our flower store.