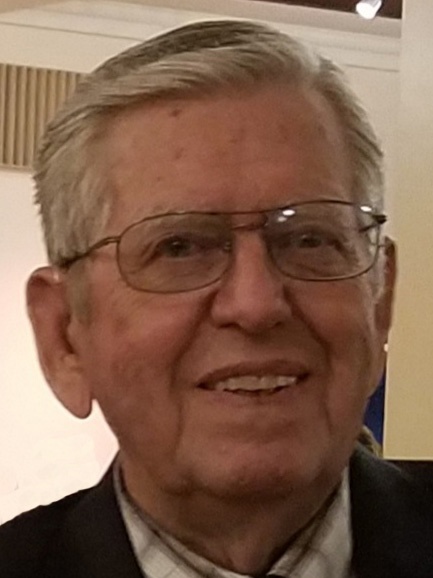 Private family services will be held at Butler Volland Chapel in Hastings with Chaplain John Mueller officiating. Burial will be at Parkview Cemetery in Hastings. Memorials may be given to the family for a memorial to be established at a later date.

On November 21, 1953, Gene married Anna M. Sladek and they made their home in Crete, NE. Gene worked at the Crete Mills for a short time and he and his wife managed the Wards Catalog Store. He later went into business on his own building homes in Crete. They had three children, Jean, Thomas, and Carol. In 1967, they moved to Harvard, NE where he was a Construction Technology Instructor at Central Community College at the Hastings campus and taught carpentry for 20 years and retired in 1987.

In 1993, he worked part-time at Welton’s Woodwork where he was so good at his craft, it turned into a full-time position. Welton’s later became Lifestyle Kitchens.

Gene was a lifetime member of the Veterans of Foreign Wars Post #5539 and the Chosin Few, a group of the 2,200 survivors from the Chosin Reservoir in Korea where 15,000 soldiers fought against 120,000 Chinese. He was also a member of the Volunteer Fire Department in Harvard.

Gene was preceded in death by his parents; brother; sisters; and wife, Anna in 2019.

To order memorial trees or send flowers to the family in memory of Eugene "Gene" Cookus, please visit our flower store.