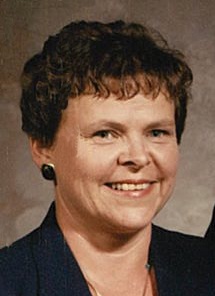 Services will be 2 p.m. Tuesday, November 2, at Butler Volland Chapel in Hastings with Pastor Joel Remmers officiating. Burial will be at Parkview Cemetery in Hastings. Visitation will be one hour prior to service at the funeral home. Memorials may be given to the family for a memorial to be established at a later date for a local animal shelter.

Faye was born February 23, 1935, in Hastings, NE to Robert & Madeline (Sneller) Patterson. She graduated from Hastings Senior High School in 1953. Faye married Paul Powers on June 3, 1953. She was the manager and CEO for the Clark Hotel in Hastings. Faye attended First St. Paul’s Lutheran Church and a past member of the Eastern Star. She enjoyed spending her time painting, sewing, and cooking.

Faye was preceded in death by her parents.

To order memorial trees or send flowers to the family in memory of Faye Powers, please visit our flower store.