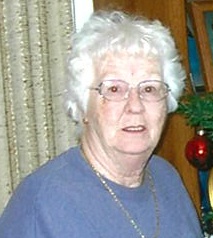 There will be no services at this time. Memorials may be given to the United Church of Christ in Harvard, Nebraska. Cards and memorials may be sent to the funeral home.

Florence was born June 5, 1933, to Alfred & Mable (Watson) Edwards in Sault Ste. Marie, MI. She married William Alexander on December 22, 1949, he preceded her in death in 1981. Florence was a med nurse at Good Samaritan Village for over 30 years. She retired in 1996. Florence was a member of the United Church of Christ in Harvard.

To order memorial trees or send flowers to the family in memory of Florence Alexander, please visit our flower store.