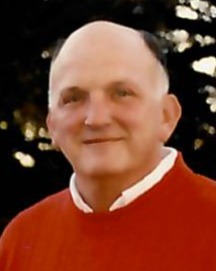 Services will be 10 a.m. Saturday, December 10, 2022, at Grace United Methodist Church in Hastings with Rev. Benjamin Hanne officiating. Burial will be at Parkview Cemetery in Hastings. Visitation will be 3-8 p.m. with family present 6-8 p.m. Friday at the funeral home, and one hour before the service at the church. Memorials may be given to the family for a memorial to be established at a later date. The service will be live-streamed on Livingston Butler Volland Funeral Home’s website. To view the service, go to Wayne’s obituary and click the play button shown towards the bottom of the page.

White attending Hastings High School he excelled in sports especially baseball, earning him a spot on the 1960 State Championship team. He was also a member of the Hastings American Legion Baseball Hall of Fame.

Wayne’s racing career started as a go-kart driver in 1964. In 1966 he transitioned into stock cars. His successful racing career landed him the track championship at Kearney from 1969-1971. He was track champion from 1970-1971 at Hastings, point champion in 1972 at Mid-Continent, and picked up the track title at Speed Bowl in Red Cloud. Wayne was inducted into the Nebraska Auto Racing Hall of Fame on October 12, 2019.

After retiring from driving in 1974, Wayne began a 35 year career as an instructor at Central Community College in Hastings. Wayne was the founder and sponsor of the CCC drag racing team, co-founder of the CCC Ram Athletic Booster Club, and played an instrumental role in fundraising. Wayne also served as interim department chair and as an assistant men’s basketball coach. He was awarded the Outstanding Service award in 1989, and the Nebraska Community College Systems Faculty Member award in 1997. He also served on the ASE (Automotive Service Excellence) Parts test writing board, and wrote articles for national trade journals. Throughout his career, he mentored and touched countless lives.

Wayne enjoyed spending time with friends and family, fishing, working in his shop, and especially going on the spur-of-the-moment road trips.

Wayne was preceded in death by his parents.

To order memorial trees or send flowers to the family in memory of Fredrick "Wayne" Huntley, please visit our flower store.