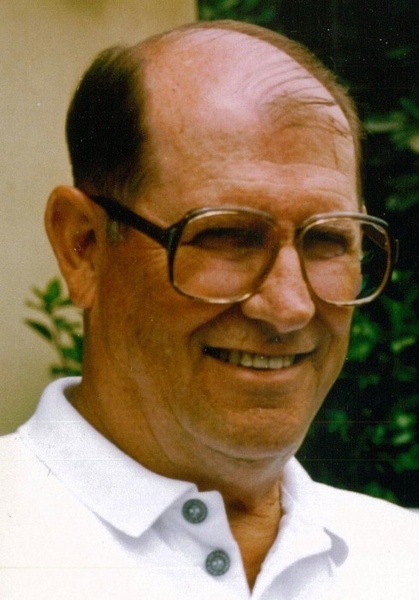 His request was for a private immediate-family service and burial at a later date with no viewing or visitation. Memorials may be given to First Presbyterian Church of Hastings or the National Rifle Association (NRA).

Galen was born April 4, 1927, at the family farm home in Fremont County, IA to Claude Leroy and Eva (McIntire) Finley. He was the youngest of seven children. He attended Lone Willow country school and graduated from Northboro High School in 1945. He served in the U.S. Army until November 1946 in World War II. He attended the University of Nebraska in Lincoln on the G.I. bill and graduated in 1951 with a bachelor’s degree in Business Administration and Economics. He married his high school sweetheart, JoAnn Leibfort on August 22, 1948. Galen worked for Goodyear Tire and Rubber Co. for eight years as a credit manager in Fort Dodge, IA, Webster City, IA and Austin, MN. He moved to Omaha, NE in 1959 and was the credit manager for Carpenter Paper Co. for five years. When that company was bought out, he moved to Hastings, NE and was the credit manager for Dutton-Lainson Co. for 28 years.

He had five children who all graduated from Hastings High School and all five also graduated from the University of Nebraska-Lincoln, including one daughter from the medical school and one son from the dental school. Galen was well-known for his great sense of humor and he always claimed he paid for one of the dorms at UNL. It is not surprising that he and his family have always been solid Big Red fans.

Galen was always a devoted sports fan and played basketball and track in high school. He enjoyed pitching softball in high school and also in the Army. He was an avid hunter and fisherman, but the game of golf was by far his favorite sport, especially during his retirement years.

Galen and JoAnn moved to Mesa, AZ in 1995 to Sunland Village East, a retirement community. They lived an active life there until 2016 when they returned to Hastings due to ill health and lived at the Village Green in Good Samaritan Village.

To order memorial trees or send flowers to the family in memory of Galen Finley, please visit our flower store.