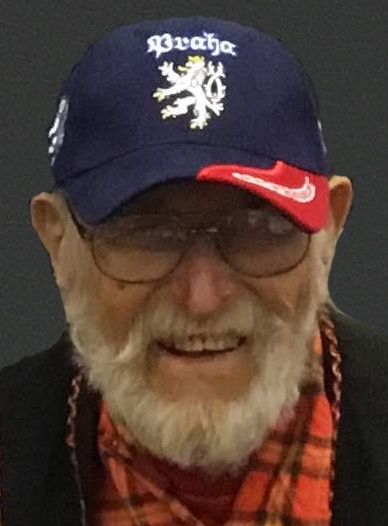 A private burial will be held at Humboldt Cemetery in Humboldt, NE. Visitation and viewing with family present will be 3-5 p.m. Saturday at the funeral home. Memorials may be given to the South Central Czech Society . For the health and safety of others face masks are required for those attending the book signing and viewing, your cooperation is appreciated. Since there are material sharing restrictions, we ask that you bring your own pen for signing the registration book or memorial envelopes. If you do not bring one, we can do that for you.

George was born at Virginia, NE on October 21, 1928. He grew up in the Burchard, Table Rock, and Humboldt area. He attended many rural one-room schools and worked on the family farm plus for many neighbor farmers. George joined the U.S. Army during the Korean War and was stationed in Colorado and Germany until his discharge. He returned to the home farm and met his future wife at one of the many Czech dances he attended. His wife, Norma died in 2018 after 50 years of marriage.

After their marriage, they moved to Hastings where he and Norma worked at the Hastings Casket Company for many years. They moved to Trumbull where they raised a big garden and sold their produce around the area.

George worked for the town of Trumbull for many years, until they both suffered poor health and were unable to live at home.

George enjoyed hunting, fishing, archery, and doing electrical repair work. But his big love was playing and singing along with his accordion, saw, and harmonica. Norma and George enjoyed dancing at the many Czech festivals they attended. He played with a group of musicians at the monthly Hoeger Hall get-togethers. George enjoyed serenading the many children from The Ark who would come by his apartment at Good Samaritan Village.

George was preceded in death by wife; parents; a sister; and two brothers.

To order memorial trees or send flowers to the family in memory of George Janko, please visit our flower store.