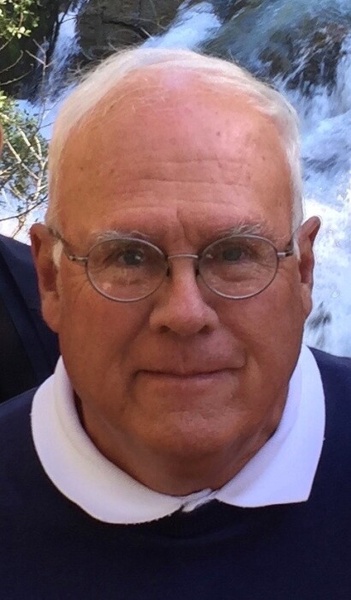 It is with great sorrow that we announce the passing of George William Sullivan on December 3, 2021, at the age of 71.

Mass of Christian Burial will be 10 a.m. Monday, December 6, at St. Cecilia Catholic Church in Hastings with Father Christopher Kubat officiating. There will be no viewing or visitation. In lieu of flowers, memorials may be given to Mary Lanning Hospice.

He was born on June 25, 1950, in Cincinnati, OH, the third son of Emma (Timmerman) and Charles Sullivan. He graduated from Chaminade High School in Dayton, OH in 1968. George studied clinical chemistry at the University of Dayton and graduated with his Bachelor’s of Science in 1972 and Master’s of Science in 1974. He worked in the clinical laboratory at several hospitals in the Cincinnati area before running the toxicology department at Smith Kline Laboratories. He went on to earn his Master’s in Business Administration from Xavier University in 1988, which led to his long-term career in healthcare informatics. This eventually led him to Mary Lanning Healthcare as the Chief Information Officer in 2003. George completed Leadership Hastings in 2004. He also served on the library board. In 2007, George was certified as a project manager through Six Sigma. He became a Fellow of the American College of Healthcare Executives (FACHE) in 2009.

George became interested in running while in high school and lettered in both cross-country and track. As an adult, he continued to enjoy running and eventually completed five marathons, three of which were in New York City. George also enjoyed playing and coaching other sports, including tennis. He was an avid golfer at Lochland Country Club.

When he wasn’t enjoying sports, he could be found reading. George would often say that it was his goal to learn at least one new thing a day. He continued reading daily until his eyesight failed.

While living in Cincinnati, George was active at St. Gertrude, a Dominican parish. As he continued to grow in his spirituality, he discovered the untapped potential to become a son of St. Dominic. “For this, I have been truly blessed.” He became a Third Order Dominican over 20 years ago, but his devotion has never waivered. George also enjoyed teaching both in the CCD and RCIA programs at St. Gertrude in Cincinnati as well as at St. Cecelia in Hastings.

He was preceded in death by his parents.

To order memorial trees or send flowers to the family in memory of George Sullivan, please visit our flower store.