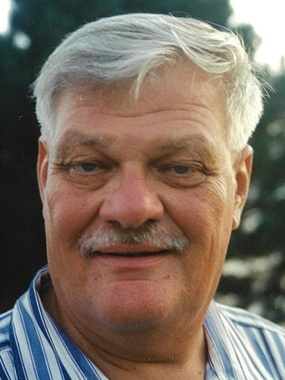 Memorial Services will be 2 p.m. Monday, November 2, at First St. Paul’s Lutheran Church in Hastings with Pastor Joel Remmers officiating. Burial will be at Parkview Cemetery in Hastings. The service will be livestreamed on First St. Paul’s Lutheran Church’s Facebook page. The direct link for that page is https://www.facebook.com/firststpauls . Book signing will be 9 a.m. – 3 p.m. Saturday at the funeral home. Visitation will be one hour prior to service. Memorials may be given to the family for a memorial to be established at a later date. For the health and safety of others face masks are required for those attending the funeral, your cooperation is appreciated. Since there are material sharing restrictions, we ask that you bring your own pen for signing the registration book or memorial envelopes. If you do not bring one, we can do that for you.

Jerry was born December 25, 1942, to Delbert and Elsie (Juedeman) Stromer in Hastings, NE. Jerry lived in rural Adams County during his toddler years and then the family moved to rural Hall County. His elementary days of school were at District 46, then graduated from Hastings High School with the Class of 1961. He continued his education at Kearney State College where he received his bachelor of science and master's degrees.

He worked as a guidance counselor at Kearney State College. He then created Pioneer Agriculture a public relations, consulting, and lobbying firm. During this time he was elected Nebraska State Senator, representing District 36. Jerry had also been involved in the Young Republicans, holding several state and national offices. Jerry was also Executive Director of the Nebraska Association of County Officials. He then made a move to the Washington D.C. area for 40 years. While there he was Chief of Staff for Congressman Jim Jefferies, Director for U.S. Synthetic Fuels, Deputy Director for U.S. Department of Agriculture, Director of Rural America for the campaign for the presidency of Dole/Kemp. Then he became Federal Affairs Consultant for Taggart & Assoc. After retiring he owned a bed and breakfast and was also known as one of the best tour guides of the area for his guests and friends. Jerry’s career was his family, which he took great pride in.

Everyone that knew Jerry, knew his gift for storytelling of all his life experiences.

Jerry was a lifetime member of First St. Paul’s Lutheran Church in Hastings, NE, but when he moved back east he attended Reformation Lutheran Church in Washington D.C. He was actively involved there and instrumental in forming a monthly baseball luncheon. That was started when he found out about two members of the church that were WWII veterans that played baseball during the war.

Jerry was preceded in death by his parents and brother-in-law, Lynn Lautenschlager.

To order memorial trees or send flowers to the family in memory of Gerald "Jerry" Stromer, please visit our flower store.