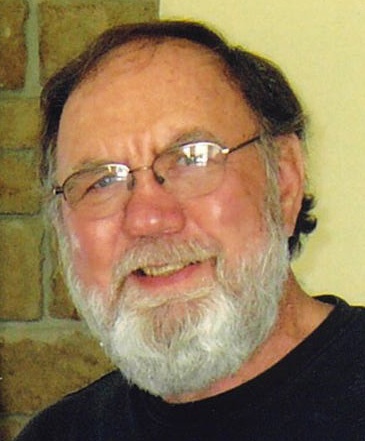 The remains were cremated. Typical for Gib, he requested that there be no visitation or service.

Gib was born January 25, 1939, to Raymond Moorhead and Dorothy (Moore) Moorhead/Cave in Henry, NE. He grew up attending Hastings Public Schools and graduated from Hastings High School in 1957. Soon thereafter he expressed his enthusiasm for anything high-performance and used his talents to build up his own T-bucket race car to join his friends in the Hastings contingent of statewide drag racers, winning numerous trophies at nearby tracks. He also began his well-known career in plumbing and heating during this time at Stewart Plumbing and Heating Co.

He entered the United States Navy in 1961 and excelled at every duty station he served.  He chose aviation and ranked first in his training class for Aviation Structural Mechanics at the Naval Air Technical Training Center in Memphis, TN before becoming a commended Grumman F-9J Plane Captain at NAS Kingsville, TX, and a Lockheed EC-121 Aircraft Inspector at NAS Midway Island. After a short tour of Asia-Pacific on the USS Salisbury Sound (AV-13) and a final stop at NAS Whidbey Island, WA, he decided to end his service in 1965.

Gib came back to Hastings for a short visit, but memories of his hometown were too good to ignore and he resumed plumbing and heating work instead of pursuing aviation opportunities back in the Pacific Northwest. This decision led to meeting the love of his life, Jeanette H. Barenberg, and they were married on December 2, 1967. While enjoying time spent with his family and close friends hunting, fishing, and watching football or motorsports, he continued building his plumbing and heating career and eventually entered a partnership to found and operate Apex Plumbing and Heating, Inc. But with the business, time for his wife and son had slipped away, and Gib chose to regain that time by starting a position at Mary-Lanning Hospital in 1981.

During Gib's tenure at Mary-Lanning, he provided his extensive plumbing and heating expertise along with his ability to make or repair most anything. He also loved sharing his skills at home with his son whenever they worked on their vehicles, projects, and on major improvements to the original family home, including digging and building their basement by hand. Gib retired after 30 years at Mary-Lanning in 2011 with many career and personal accomplishments. An avid reader and excellent crossword puzzle enthusiast, Gib was largely self-taught and was knowledgeable of a great number of subjects.

Gib and Jeanette were married for 43 years before her passing in 2011, just months after his retirement. Gib's unending devotion to Jeanette, both during her long battled health issues and after her passing, and the special love and pride he had for his son and grandson, are deeply cherished and will never be forgotten.

To order memorial trees or send flowers to the family in memory of Gilbert "Gib" Moorhead, please visit our flower store.