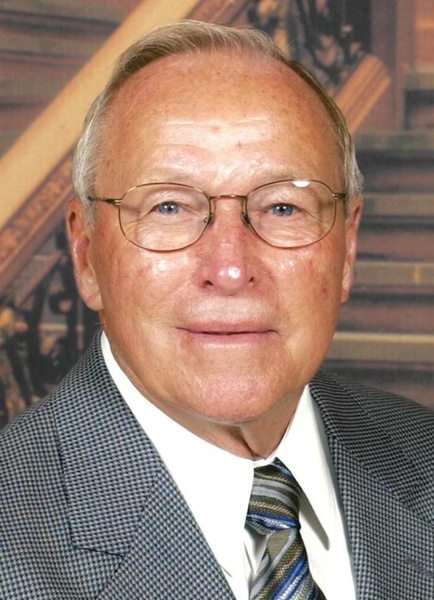 Services will be at 10:30 a.m. Thursday, April 7, at First St. Paul’s Lutheran Church in Hastings with Pastor Joel Remmers officiating. Burial with military rites by Hastings Military Honor Guard and U.S. Marine Corp Honor Guard will be at Parkview Cemetery in Hastings. Visitation will be 4-7 p.m. with family present 5-7 p.m. Wednesday, April 6, at the funeral home and one hour before the service at the church. Memorials may be given to First St. Paul’s God Made Me Pre-School Program at First St. Paul’s Lutheran Church.

Gordon was a lifelong employee of LT&T where he had several positions retiring on May 1, 1992, after 42 years of service. Gordon was an active member of First St. Paul’s Lutheran Church, Frank H. Woods Telephone Pioneer Association, American Legion in Sutton, VFW in Hastings and a lifetime member of Hastings Eagles Club #592. He was a former member of Southern Hill Golf Club and served on the Southern Hills Realty Board. Gordon enjoyed coffee with the Hastings LT&T retirees group. Gordon and Barbara wintered in Texas where they made numerous friends with the other snowbirds. He enjoyed fishing, golfing, traveling, camping and bowling.

To order memorial trees or send flowers to the family in memory of Gordon "Gordy" Sinner, please visit our flower store.