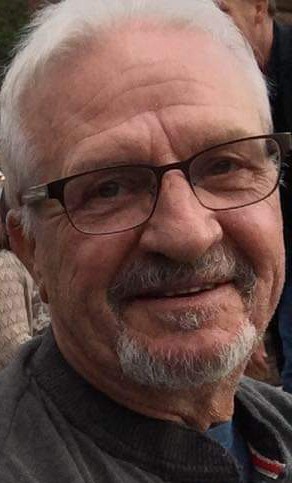 Graveside service will be 11 a.m. Wednesday, June 10, at Assumption Cemetery in Assumption with Chaplain John Mueller officiating. Please remember to social distance at the graveside service. There will be no viewing or visitation. In lieu of flowers, memorials may be given to the family and may be sent to Livingston Butler Volland Funeral Home.

Greg was born in Hastings, NE to Anthony and Delores (Graham) Konen on October 10, 1953. Greg was raised in Hastings and graduated from St. Cecilia in 1972. Greg married his wife, Jill Marsh, on August 29, 1986. Greg worked for BNSF as a breakman/conductor for 41 years and retired in 2013. Greg and Jill had their son, Tony Konen on November 5, 1989. Greg was a hard worker and liked to keep busy. No matter how busy, he always managed to make it to every football game and made time to play catch, go fishing, and hunting. Greg was a husband, father, grandpa, brother, uncle, and friend. Greg will be greatly missed by those who shared so many memories with him. Greg had a way of making people laugh and making sure everyone knew how big of a buck his nieces and nephews got. In Greg’s later years, most people will remember his slow drive by’s and his follow-up phone calls after each Husker Football game.

Greg was blessed with a large family who will miss him dearly. Also, not to be forgotten, his sweet dog, Pia.

The family would also like to say ‘Thank you’ to the staff of Mary Lanning Hospice for all of their hard work and help with taking care of Greg.

To order memorial trees or send flowers to the family in memory of Gregory "Greg" Konen, please visit our flower store.