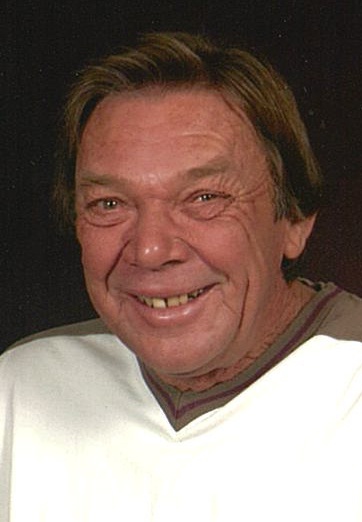 Memorial services will be 2 p.m. Tuesday, October 13, at Faith Lutheran Church in Hastings with Pastor Karen Uden-Tjarks officiating. The service will be live streamed on Livingston Butler Volland Funeral Home’s Facebook page. The direct link for that page is www.facebook.com/lbvfh . Burial with military rites by Hastings Military Honor Guard will be at Parkview Cemetery in Hastings. Visitation will be 5-7 p.m. Monday with family present at the funeral home. Memorials may be given to Messiah Lutheran Church in Aurora and Faith Lutheran Church in Hastings. For the health and safety of others face masks are required for those attending the funeral, your cooperation is appreciated. Since there are material sharing restrictions, we ask that you bring your own pen for signing the registration book or memorial envelopes. If you do not bring one, we can do that for you.

Harold was born April 10, 1943, in Hastings, NE to Albert Harm & Helena Louise Marie (Uden) Junker. He was baptized on April 22, 1943, and confirmed April 14, 1957, at Christ Lutheran Church in Juniata. He graduated from Hastings High School in 1961. After graduation, he worked at Ashton Mill Works from 1963 to 1968, during this time he enlisted in the Army National Guards and was deployed to serve our Country in Vietnam with the 295 th Company for one tour. He returned to the States on July 2, 1969.

Harold married Marjorie June Niermeier on July 27, 1969. They had two children, Tammy and Michael. In 1970, Harold became certified to fly a single-engine airplane under the instruction of Larry Boardman. He farmed from 1970 to 2000 at the home place north of Hastings. Harold was on the Hastings Rural Fire Department from 1980 to 1996, then worked for the Hastings Street Department from 2001 to 2004. In 1982, they became members of the Lutheran Church of the Good Shepherd until 2013 when they transferred to Messiah Lutheran Church in Aurora.

Harold will be remembered for his personality and sense of humor. Those that knew him will miss his many jokes and laughter. Life without him will never be the same, but the memories will last forever. He was a caring soul and had a heart that never stopped giving, as he will forever be loved and missed.

To order memorial trees or send flowers to the family in memory of Harold Junker, please visit our flower store.