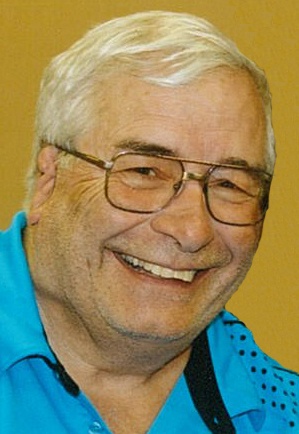 Harry and Henry were born on April 23, 1946, in Chippewa Falls, WI to Geraldine (Augustine) & Bernard Nicolai Sr. He grew up near the Chippewa River in Eau Claire, WI. He was proud to be known as one of the “River Rats.” He graduated from North High School in 1964 and received his accounting degree from Chippewa Valley Technical College in 1966.

Harry was the controller of Armour in Eau Claire, WI. He was a dedicated employee and in 1990 moved his family to Hastings, NE to remain with the company. He devoted 42 years to Armour/ConAgra.

Harry was a member of the Elks #159. He was the treasurer for 25 years for the Lutheran Church of the Good Shepherd. He loved hunting, fishing, playing cards, and golfing. He had two “holes in one”, one at the Elks in Hastings and the other at Pacific Springs in Omaha. He bowled many years with his wife on different leagues. He was known for his grilled BBQ chicken, poached eggs, and his perfect turkeys. In his younger years, he enjoyed playing pool and softball.

Harry was a devoted family man. He was always there for his wife, children, and grandchildren. He was dedicated to being at all family events and would try to make it to watch sporting events and school activities. His family was his world.

To order memorial trees or send flowers to the family in memory of Harry Nicolai, please visit our flower store.