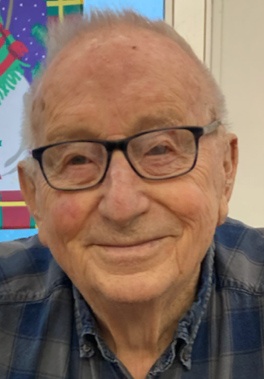 Rosary will be 7 p.m. Tuesday, September 28, and Mass of Christian Burial will be 10 a.m. Wednesday, September 29, at St. Cecilia Catholic Church in Hastings with Father Christopher Kubat officiating. Burial with military rites by Hastings Military Honor Guard will be at Parkview Cemetery in Hastings. Visitation will be 1-5 p.m. Tuesday at the funeral home, and one hour prior to service at the church. Memorials may be given to the American Cancer Society.

Henry was a funeral director and owned and operated a funeral home in California until 1978. He moved to Hastings in 1979 and was associated with Brand Wilson Funeral Home; he retired in 2011. Henry was a member of St. Michael’s Catholic Church and Knights of Columbus Fourth Degree.

Henry was preceded in death by his parents; son, Scott Opbroek; and twelve brothers and sisters.

To order memorial trees or send flowers to the family in memory of Henry Opbroek Jr., please visit our flower store.