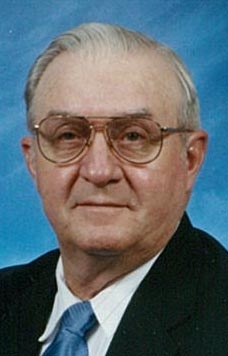 Rosary is 7 p.m. Thursday, October 24, at Butler Volland Chapel. Mass of Christian Burial is 10 a.m. Friday, October 25, at St. Cecilia Catholic Church in Hastings with Father Christopher Kubat officiating. Burial will be at Parkview Cemetery in Hastings.  Memorials may be given to the family for a memorial to be established at a later date. Visitation is 1-8 p.m. Thursday at the funeral home, and one hour prior to service at the church.

Howard was born July 23, 1944, in Valentine, NE to Adolph B. and Ella Agnes (Foster) Mooney. On April 3, 1964, he was united in marriage to Marcella Zirnig. To this union, two children were born: William Lee Mooney and Ella Leann.

Howard graduated from Valentine High School in 1963. He held various jobs before going to work for the State of Nebraska Department of Roads in 1970 where he worked for 37 ½ years. He retired in 2008 from his supervisory position with the Department in Minden, NE.

He was an avid golfer and bowler and also enjoyed fishing and hunting. After retirement, he and his wife spent 11 winters in Arizona.

To order memorial trees or send flowers to the family in memory of Howard Mooney, please visit our flower store.