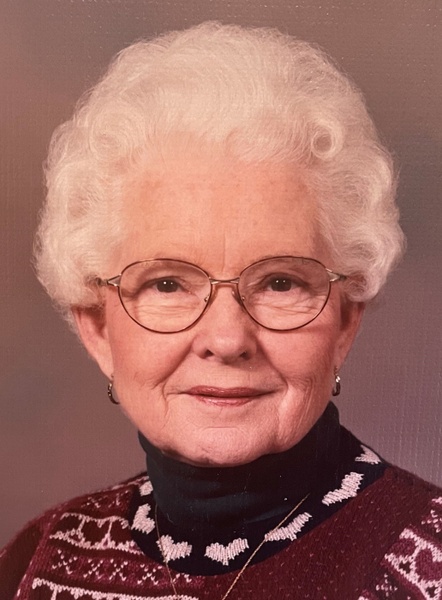 Services will be 2 p.m. Thursday, April 14, at Butler Volland Chapel in Hastings. Burial will be at Greenwood Cemetery in Trumbull. Visitation will be 2-8 p.m. with family present 6-8 p.m. Wednesday, April 13 at the funeral home. Memorials may be given to the family for a memorial to be established at a later date. The service will be live-streamed on Livingston Butler Volland Funeral Home’s website. To view the service, go to Ilene’s obituary and click the play button shown towards the bottom of the page.

Ilene was born April 24, 1932, in Washington County, KS to Virgil & Madge (Sands) Stafford. She graduated from Doniphan High School. Ilene married Darrell Wilson on September 6, 1950; he preceded her in death on May 7, 1997.

Ilene was a homemaker and a member of a bowling league and gardening club. She enjoyed spending her time playing bingo, quilting, and volunteering at vacation bible school. Ilene also served on the election board for 50 years.

Ilene was preceded in death by her parents; husband, Darrell Wilson; and brothers and spouses, Lyle and Esther Stafford and Louis & Edna Stafford.

To order memorial trees or send flowers to the family in memory of Ilene Wilson, please visit our flower store.