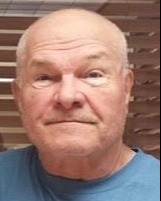 Services will be at 10 a.m. Tuesday, December 13, at Butler Volland Chapel with Pastor Rod Goertzen officiating. There will be no burial held at this time. There will be no viewing or visitation. Memorials may be given to the family.

Jack managed Whirl a Whip, worked at T-L Irrigation, and was a metal fabricator at Centennial Plastics in the molding division until his retirement in 2009. He attended the Hampton Countryside Community Bible Church and was a lifetime member of the Veterans of Foreign Wars.

Jack was preceded in death by his parents; and brothers, Bob Morgan and Bill Morgan.

To order memorial trees or send flowers to the family in memory of Jack P. Morgan, please visit our flower store.