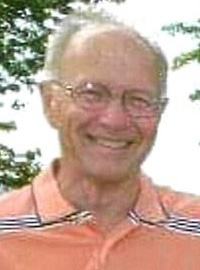 Memorial Services will be 10 a.m. Saturday, January 16, at Butler Volland Chapel in Hastings, with Chaplain John Mueller officiating. Book signing will be 1-4 p.m. Friday at the funeral home. There will be no visitation or burial. Memorials may be given to Kenesaw Public School Booster Club. The service will be live-streamed on Livingston Butler Volland Funeral Home’s Facebook page. The direct link for that page is www.facebook.com/lbvfh . For the health and safety of others face masks are required for those attending the funeral, your cooperation is appreciated. Since there are material sharing restrictions, we ask that you bring your own pen for signing the registration book or memorial envelopes. If you do not bring one, we can do that for you.

Jim worked at EBKO Industries from 1968 to 1976 building fiberglass boats. In 1976, he started Central Fiber where they made septic tanks, canoes, boats, and did fiberglass repairs. In 1980, he began building fiberglass ultravents that were sent all over the world. After closing the fiberglass shop he worked at Wal-Mart until health issues caused him to retire. Jim was a member of Christ Lutheran Church. He previously served on the Prosser Fire Department, Prosser Civil Defense, and Prosser Village Board. Jim loved spending time at the lake fishing and enjoyed hunting. His family and friends were his greatest joy.

Jim was preceded in death by his parents; and brothers, Ronald and Douglas Uden.

To order memorial trees or send flowers to the family in memory of James "Jim" Uden, please visit our flower store.