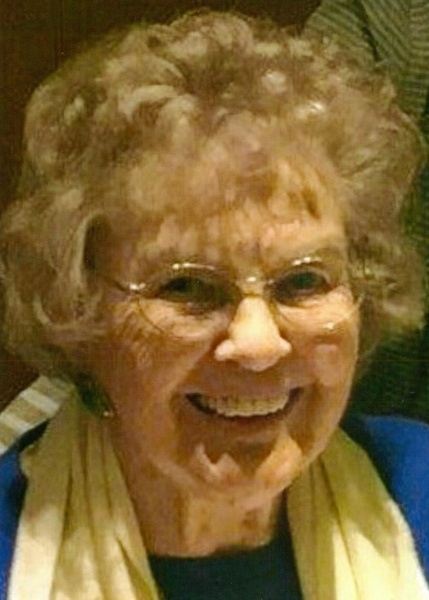 Janet was born May 2, 1923, in Friend, NE to Arthur H. & Luella B. (Stepanek) Roehl. She graduated from Friend High School in 1941. Janet married Hub Haberman on October 12, 1941, in Friend, NE; he preceded her in death on January 1, 1988. They moved to Hastings in September 1943 after her husband was discharged from the Air Force. They had purchased a photography business which was Nelson Studio and then started their own business, Haberman’s Portrait Studio.

Janet was a member of St. Mark’s Episcopal Pro-Cathedral. She was a past member of St. Mark’s Altar Guild, taught Sunday School, President of Longfellow PTA, President of Hastings PTA Council; and was on the state PTA Board of Managers, President of United Way in 1968 then called the Community Chest. Janet was a current member of Hastings Museum, The Zone, Eastern Star Acacia #39, and Visiting Guild at St. Mark’s Episcopal Pro-Cathedral, and Christians Women's Club where she represented St. Marks. Janet received the Christian women valent award in 2014 She was a current volunteer at the Red Cross and volunteered for many agencies. She received a lifetime membership pin from National PTA.

Janet and Hub raised Arabian horses in the 1960s and were the first in Nebraska to breed and show Arabians. Janet organized the first Nebraska Class A Arabian Horse Show which was very successful as many came from the surrounding states. She also was the show manager.

To order memorial trees or send flowers to the family in memory of Janet Haberman, please visit our flower store.