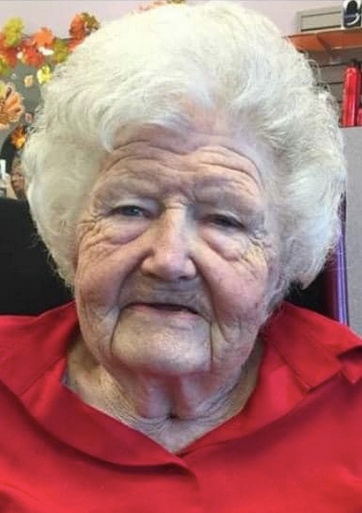 Services will be 10:30 a.m. Saturday, May 23, at Juniata United Methodist Church in Juniata with Pastor Kathy Uldrich officiating. Burial will be at Juniata Cemetery in Juniata. A Celebration of Life will be held at a later date when COVID-19 restrictions have been lifted. Visitation is 1-5 p.m. Thursday and 9 a.m. – 5 p.m. Friday at the funeral home. We will be in compliance with the CDC guidelines of 10 people gathering at a time for visitation, your cooperation is appreciated. Since there are material sharing restrictions, we ask that you bring your own pen for signing the registration book or memorial envelopes. If you do not bring one, we can do that for you. Memorials may be given to Juniata United Methodist Church.

Janet was born in Hastings, NE on November 8, 1933, to Manley A. and Opal P. (Armstrong) Johnson. Her first years were spent on the family farm near Heartwell, NE. Following her mother’s death when she was six years old, Janet’s aunt, Ingle Johnson Brownfield, left the missionary field in Africa and returned to live with Janet and her dad.  They moved to Juniata in 1948, where Janet resided for 68 years. Janet graduated from Juniata High School in 1952. She was married to William “Bill” A. Hedlund on May 29, 1960.

Janet was a member of the Juniata United Methodist Church, where she taught Sunday School, was on the memorial committee, and provided many snacks for fellowship following church services. Janet enjoyed sports: playing basketball, softball and was on a bowling league for many years. Janet worked at Hested’s Variety Store as the lunch counter manager, at Geyermans/Crowleys women’s clothing store, and retired from the Hastings Regional Center. Janet enjoyed traveling from coast to coast, going on walks with her dogs, playing Bingo, water exercise classes at the YMCA, and going out for lunches with friends. Janet enjoyed spending time with her family and she was their biggest cheerleader. Her greatest joy was being a mother to her three daughters.

She will be remembered for being as generous as she was kind. “A mother’s love is a special love that will live forever in the hearts of her children.”

To order memorial trees or send flowers to the family in memory of Janet Hedlund, please visit our flower store.