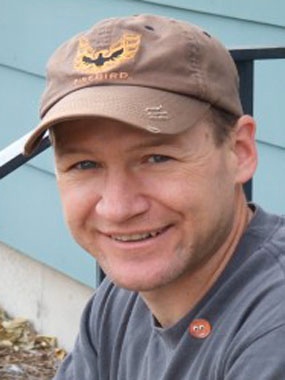 Celebration of Life is 11 a.m. Friday, February 21, at Butler Volland Chapel in Hastings with Chaplain John Mueller officiating. Private family burial will be at a later date. Visitation is 1-7 p.m. Thursday with family present 5-7 p.m., and one hour prior to service at the funeral home. Memorials may be given to the family for a memorial to be established at a later date.

Jeff was born on October 23, 1965, in Lincoln, NE to Wally and Elaine (Scott) Hoffart. Jeff graduated from Hastings Senior High School in 1984. While in high school Jeff was a proud member of the Tiger Marching Band drumline. Jeff married Kellie Hadley on June 23, 2001, in Las Vegas, NV. Jeff was employed by Hornady Manufacturing as a Cases Machine Operator, prior to that he worked as a shift supervisor in the diecast department at Nebraska Aluminum Castings. Jeff dedicated 28 years to NAC and its employees, leading with compassion and integrity.

Jeff enjoyed camping in his air-conditioned travel trailer watching movies, catering to his two dogs every whim, riding his motorcycle, cheering on the Minnesota Vikings, and spending time with his sons who he was immensely proud of.

Jeff was preceded in death by his father, Wally Hoffart, as well as his grandparents, and his best good boy Stewart.

To order memorial trees or send flowers to the family in memory of Jeffery "Jeff" Hoffart, please visit our flower store.