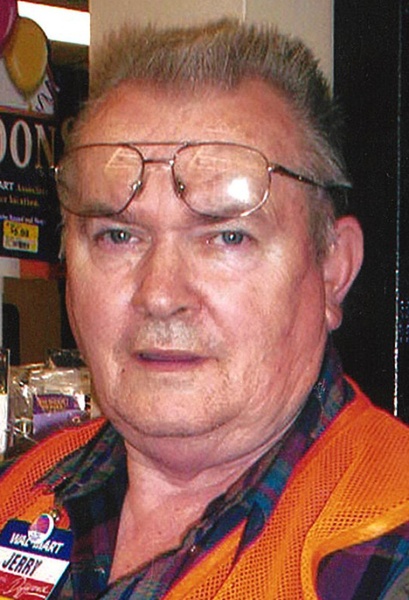 Celebration of Life will be 1:30 p.m. Saturday, January 30, at Grace United Methodist Church in Hastings with Rev. Stefanie Hayes officiating. The family requests Husker attire be worn to the service. Burial will be at Clay Center Cemetery in Clay Center. The service will be live-streamed on Grace United Methodist Church’s Facebook page. The direct link for that page is https://www.facebook.com/gracechurchhastings . Memorials may be given to the family for a memorial to be established at a later date. For the health and safety of others face masks are required for those attending the funeral, your cooperation is appreciated. Since there are material sharing restrictions, we ask that you bring your own pen for signing the registration book or memorial envelopes. If you do not bring one, we can do that for you.

Jerome “Jerry” was born January 19, 1940, to Irvon Otto and Florence Martha (Place) Carlson of Verona, NE at the Schwindt Home at Clay Center, NE. He attended school in Verona and Sutton Public Schools. When he grew up, he would get on the train at Edgar, ride up with the engineers, and blow the whistle. Uncle Dale would be waiting for him on his property with a lantern. He spent many summers down there. His uncle bought him a new Montgomery Ward bike for helping him. He was so proud of that bike.

His dad told Jerry the only way he could get a car was to earn it. He worked at a junkyard and built it his car one piece at a time, it was his pride and joy. Jerry did custom combining for several years. He married Mary McIenahan in 1958. They had three children, Jerry, Bob, and Sondra. In 1965, he was united in marriage to Judy (Feuerstein) Arnold from Harvard, NE. He was employed by Dutton Lainson as a machinist and did janitor work on the side.

Jerry and Judy moved to Lincoln, where he was an appliance repairman. He had stories to tell about that too, nothing was ever dull when he was around. Then they decided to move to Columbus where they built their own cabin at Braundenberg Lakes near Columbus, many family reunions were held there. Jerry and Judy had a paddleboat and a big boat.

From 1967 to 1968, Jerry worked at George Rick Industries as a machinist. Then he started at Torin as a machinist. From 1970 to 1978 he operated his own service station and wrecker service. There he could never say no to anyone that was passing by. Jerry inherited Charlie the Raccoon, who entertained a lot of people and children and owned the shop. Somehow he ended up with a skunk, Tinker Belle, who owned the office. Customers who didn’t know they were there got a little excited. He always worked on cars, very happy go lucky person who played jokes on everyone. From there he went to work for the auto department at Sears until they closed. Then with a lot of help, he built a two-story garage. Never saw our cars in there just everyone else’s plus building stock cars where he raced in Columbus, Norfolk, and Hastings. That was the good old days when everyone helped each other. Jerry changed engines at the hotel in Grand Island to race in the Nationals.

Jerry went into partnership and started C & S Automotive. He loved his customers and enjoyed joking with them. He was a good-hearted person and had the biggest heart. Jerry went to work at Wal-Mart (old building and to the new building) as a janitor. He made a lot of friends out there. From there he retired to a farm west of Bladen. Jerry still worked on cars, first item bought for the farm was a tractor which was his big toy. He had a lot of cats and dogs plus watching turkeys grow up. They were invaded by raccoons, so they had to lock up the food. His best friend was Pepper who was a German Shepherd, he saved Jerry’s life many times. Jerry loved it out on the farm. He had an accident and retired to Good Samaritan Village in Hastings in 2017. He was a member of Grace United Methodist Church, where he really enjoyed it there and made a lot of friends. For his birthday two years ago, he got a dog, Bart. Bart and Jerry spent many days together when he was on hospice. Everyone at Good Samaritan knew him. He loved watching the Huskers play.

To order memorial trees or send flowers to the family in memory of Jerome "Jerry" Carlson, please visit our flower store.