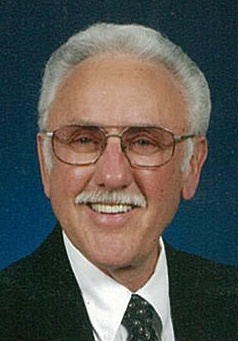 Celebration of Life is 1 p.m. Saturday, January 25, at Grace United Methodist Church in Hastings with Pastor Tamara Holtz officiating. Private family burial will be prior to service at Parkview Cemetery in Hastings. Visitation is 1-8 p.m. Friday with family present 6-8 p.m. at the funeral home. Memorials may be given to Grace United Methodist Church.

Jerry was born December 30, 1938, to Oliver and Viola (Hanson) Snitker in Waukon, IA. Jerry graduated from Waukon High in 1957. Jerry was the Elvis of that class. He sang in the Quartet and soloed at weddings and funerals. Jerry’s most favorite was sports. Jerry was Waukon’s #1 star in football, he later went on and played football at Iowa State College.

He married Joyce O’Reilly and had two girls, Lori and Darci; they later divorced. On April 28, 1968, he married Edna “Eddie” O’Neal Pochop in Fremont, NE. Jerry was selling insurance at that time. They later moved to Hastings, NE and Jerry opened up Four Star Mobile Home Sales lot on Highway 6 in April of 1972. He sold that business in 1978 and joined Eddie in her business at Snitker Enterprises at 508 East Side Boulevard. They traveled and held meetings from coast to coast promoting their Neo-Life and magnet business. Jerry owned many rental houses in Hastings.

Jerry loved the horse races and playing live poker. His most favorite was hunting and fishing. He got his deer every year since he was 16. Jerry went on many great fishing trips and brought home some salmon, halibut, and fish for the freezer. Jerry was Eddie’s great white hunter. He loved spending time with family and friends and playing cards.

To order memorial trees or send flowers to the family in memory of Jerome "Jerry" Snitker, please visit our flower store.