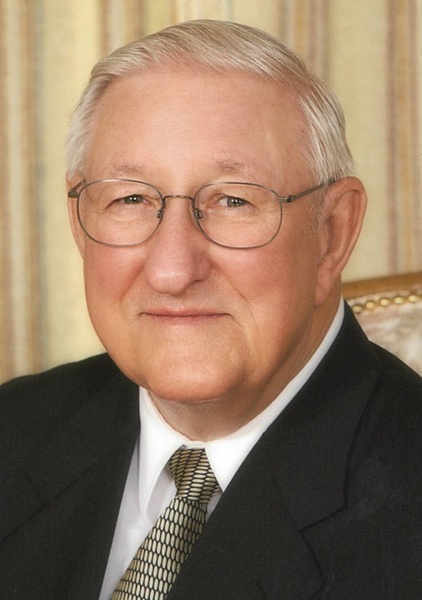 Private family services will be held at Livingston Butler Volland Funeral Home with burial at Parkview Cemetery in Hastings. Visitation will be 1-7 p.m. Friday with family present 5-7 p.m. at the funeral home. Masks are required during the visitation. Memorials may be given to enCourage Advocacy Center (formerly SASA Crisis Center).

When Jerry was 4 years old, the family moved to Creston, IA, where Claren went into the Chevrolet business with his friend Max Cochran.

In 2001, Jerry was inducted into the Hastings College Pro Rege Society, the highest non-academic recognition that Hastings College bestows. In 2004, he received the Hastings Area Chamber of Commerce Community Service Award. Jerry and Sara were lifelong members of First United Methodist Church.

Jerry married Sara (Dougherty) on April 30, 1954, when he was in the Air Force and stationed in Selma, AL. To this union, three children were born: Elizabeth (Beth), Jerrold (Jerr) Jr., and Claren Kerr.

Jerry’s passions were Husker football and spending time with his family.

Jerry was known by many and loved by all; he will be sorely missed.

Jerry was preceded in death by his parents and youngest son, Claren Kerr.

To order memorial trees or send flowers to the family in memory of Jerrold "Jerry" Kerr, please visit our flower store.