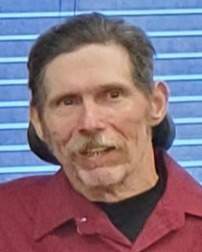 Services will be 10 a.m. Friday, November 18, at Butler Volland Chapel in Hastings with R.P. Smith and Pastor Kathy Uldrich officiating. Jerry’s family invites you to wear jeans, boots, and hats to the service. Burial will be 3 p.m. Friday at Westview Cemetery in Eustis. Family and friends are invited to gather at St. John’s Lutheran Church, 102 N. Ingalls, Eustis, NE for fellowship and refreshments following the graveside service. Visitation will be 4-8 p.m. with family present 6-8 p.m. Thursday and one hour before the service at the funeral home. Memorials may be given to the family for a memorial to be established at a later date. The service will be live-streamed on Livingston Butler Volland Funeral Home’s website. To view the service, go to Jerry’s obituary and click the play button shown towards the bottom of the page.

Jerry was born on August 15, 1965, to Delmar “Buck” and Donna (Moritz) Lehman in Cozad, NE. He attended Rising Star Elementary, Rural District 29. He graduated from Adams Central High School in 1983. Jerry entered the workforce at Fort Kearny Feeders as a feedlot cowboy. He had a severe automobile accident in February 1984. After his recovery, he attended Central Community College and was an honor graduate with an Associate's Degree in accounting. Jerry was able to combine his degree with his knowledge of livestock culminating in a career that lasted for 32 years with Gottsch Cattle Company.

Jerry was a member of the Hastings Spinal Cord Support Group. He enjoyed being a mentor to the Rainbow Riders 4-H Club for several years. Due to his previous roping experience and talents as a working cowboy, Jerry was able to organize roping classes and teach roping techniques to Adams County 4-H members.

Over the years, Jerry enjoyed coaching members of his family as well as young riders from the area to improve their riding skills. In the 1990s Jerry owned and operated a working cowboy tack and saddle shop in Juniata called J Bar L. He ran the shop with the assistance of his sister, Judy.

The last twenty years, Jerry’s involvement with horses found him raising superior Foundation Quarter Horses that excelled both on the ranch and in the arena. He especially enjoyed watching his red and blue roan colts go on to achieve their full potential with their new owners.

Jerry’s outgoing personality led him to make a wide variety of friends which he treasured.

Jerry was preceded in death by his parents; brother, Lonnie, and brother-in-law, Babe Wiseman.

Many cousins on the Moritz and Lehman sides, other extended family, and many, many friends

To order memorial trees or send flowers to the family in memory of Jerry R. Lehman, please visit our flower store.

Jerry's family invites you to wear jeans, boots, and hats to the service.