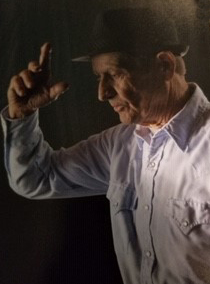 Memorial Services are 11 a.m. Saturday, October 13, at the Town Hall in Endicott, NE with Darlene Novotny officiating. Private family burial will be held at a later date. Memorials may be given to the family for a memorial to be established at a later date. There will be no viewing or visitation.

He is survived by his wife, Beverly of Hastings; brother, Larry Joe (Jan) Troxel of Fairbury; his children: Terry Brown of Topeka, KS, Tamie (Greg) Ring of Lincoln and Scott (Dara) Troxel and Jerry (Dawn) Troxel, Jr., all of Fairbury; stepchildren: Julie (Barney) Spade of Romeo, MI, James (Cindy) Whitlock of Visalia, CA, and John (Melany) Whitlock of Hastings; 24 plus grandchildren; and 39 plus great-grandchildren.

To order memorial trees or send flowers to the family in memory of Jerry Troxel, Sr., please visit our flower store.