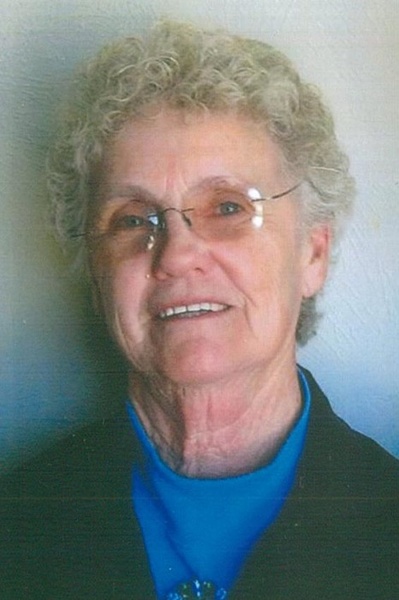 Celebration of Life services will be held 10 a.m. Friday, December 27, at the Church of Christ (12 th & Laird) in Hastings with Minister Russ Dudrey officiating. Burial will be 2:30 p.m. at Fort McPherson National Cemetery in Maxwell, NE. Visitation is 5-7 p.m. Thursday with family present at the funeral home. Memorials in Joan’s honor may be made to Nebraska Youth Camp at 65 Sweetwater Avenue S, Kearney, NE 68847 or to the Alzheimer’s Association.

Joan was born to Arthur and Louise Wallis on July 8, 1937, in Newport, AR. She met Dean Glassmyer while living in Little Rock, AR, and they were married on November 6, 1959. Joan and Dean had four children: Eric, Wallis, Robert, and Michael. Through his service in the Air Force, Dean and Joan moved their family to Hastings in 1972 and loved the community so much that they made it their permanent home after retirement. Joan enjoyed cooking, taking care of her family, was an avid bowler, cheered for the Nebraska Huskers and Arkansas Razorbacks, and was very active in her church.

To order memorial trees or send flowers to the family in memory of Joan Glassmyer, please visit our flower store.