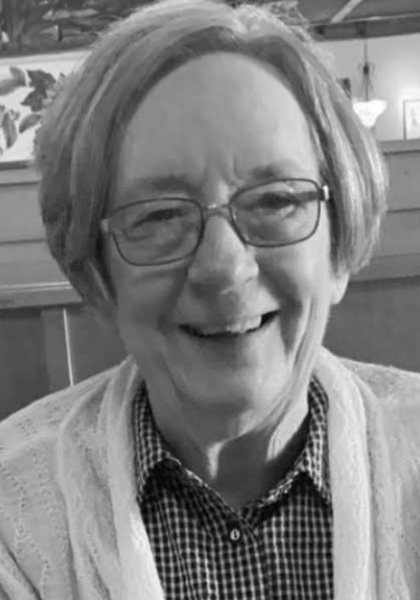 Services will be 10 a.m. Saturday, December 18, at the Church of Jesus Christ of Latter-Day Saints in Hastings with Bishop Jim Bono officiating. Burial will be at Parkview Cemetery in Hastings. Visitation will be 1-7 p.m. Friday with family present 4-7 p.m. at the funeral home and one hour prior to service at the church. Memorials may be given to the family for a memorial to be established at a later date.

Joan was born October 24, 1935, in Panguitch, UT, at home, to Mayo and Erna (LeFevre) Riggs. She graduated from Panguitch High School in 1953 and from the University of Utah in 1958 with a Bachelor of Science degree in Nursing. Joan married Dean Wesley Lau on March 20, 1958, in Tacoma, WA where they met. They were later sealed for time and all eternity in the St George temple on December 20, 1967.

After moving to Nebraska, Joan taught at St. Francis School of Nursing from 1960-1970 and worked at St. Francis Medical Center from 1974 until her retirement in 2004. An active member of the Church of Jesus Christ of Latter-Day Saints, Joan dedicated countless hours of service in many ways over the years.

Joan was known to be an avid reader and, after retiring, she also enjoyed volunteering at Prairie Winds Assisted Living, the Family History Center, and Bishop’s Storehouse.

To order memorial trees or send flowers to the family in memory of Joan Lau, please visit our flower store.