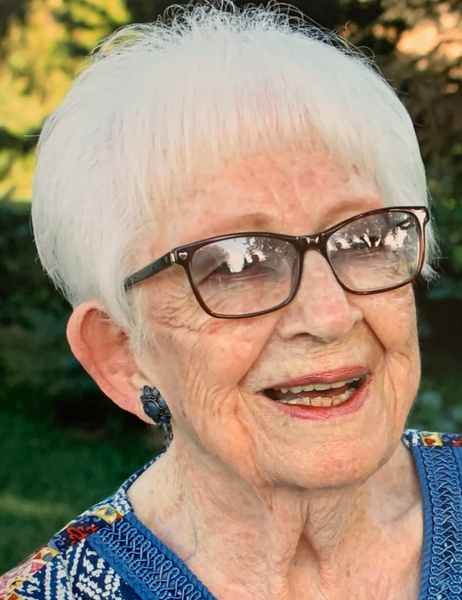 Hastings resident JoAnn May Finley, 92, passed away Saturday, December 26, 2020, at The Heritage at College View, Hastings, NE, under hospice care.

Her request was to be cremated and for a private family memorial service with no visitation or viewing. Burial will be at Parkview Cemetery in Hastings, NE at a later date. Memorials may be given to St. Paul’s Lutheran Church at Northboro, IA, First Presbyterian Church of Hastings, or Hastings Public Library.

JoAnn was born March 22, 1928, at Hand Hospital in Shenandoah, IA, to Lester and Minnie (Bredensteiner) Leibfort. She had one younger sister, Betti. She lived south of Shenandoah on a farm and attended La Prairie country school for eight years. In 1945, she graduated from Northboro High School in Northboro, IA. She attended Iowa State College in Ames, IA. She worked at the Hand Hospital in Shenandoah, IA, the Clarinda Municipal Hospital in Clarinda, IA, and then moved to Omaha. She was a comptometer operator at the Union Pacific Headquarters there. On August 22, 1948, she married Galen Keith Finley at St. Paul’s Lutheran Church in Locust Grove, Fremont County, near Northboro, IA. She was very proud of the fact that all four of her grandparents were among the founders of this little country church in 1902.

The couple lived in Lincoln, NE, for three years, while her husband completed his college degree, and JoAnn was employed by a Civil Service office there. Upon graduation, Galen was employed by Goodyear Tire and Rubber Company for eight years and they lived in Fort Dodge, IA, Webster City, IA, and Austin, MN. Then they moved to Omaha, NE for five years where Galen worked for Carpenter Paper Company. In 1964, they moved to Hastings, NE where Galen was employed by the Dutton-Lainson Company until his retirement. In 1973, JoAnn was employed at Dutton-Lainson’s Showcase until she retired in 1991. She felt honored to be the first woman buyer for Dutton-Lainson. They retired to Mesa, AZ in 1995, where they both enjoyed an active life at Sunland Village East, a retirement village. They moved back to Hastings, NE in 2016 due to ill health.

JoAnn was a devoted wife and mother. It pleased her that all five of her children graduated from Hastings High School as well as the University of Nebraska in Lincoln, including one daughter from the medical school and one son from the dental school. She was proud that she produced a close-knit family. She and her husband thoroughly enjoyed attending their children's, grandchildren’s, and great-grandchildren’s activities. JoAnn had a lifelong love of reading, enjoyed collecting art and antiques, appreciated nature and rural life, and always enjoyed a good bridge game. She was a member of First Presbyterian Church of Hastings, Chapter DA, P.E.O., Outlook Book Club, and volunteered on the election board for many years.

JoAnn was preceded in death by her parents; husband of 70 years, Galen Keith Finley; and sister, Elizabeth “Betti” Leibfort.

To order memorial trees or send flowers to the family in memory of JoAnn Finley, please visit our flower store.