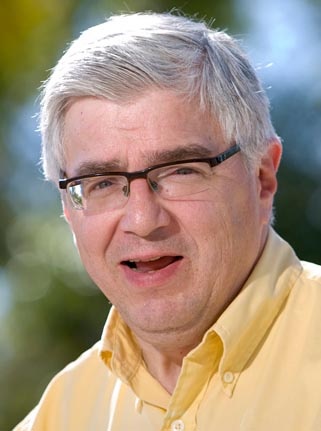 Memorial service is 11 a.m. Friday, July 5, at First Presbyterian Church in Hastings with Rev. Greg Allen-Pickett officiating. Private family burial will be held at a later date. Book signing will be 9 a.m. – 5 p.m. Monday, July 1 and Tuesday, July 2; and 9 a.m. – 4 p.m. Wednesday, July 3 at the funeral home. In lieu of flowers, the family requests memorials be sent to First Presbyterian Church in Hastings or to a memorial which has been established with the Hastings Community Foundation for the inclusive playground being built in Crosier Park. Please note “John Harrington memorial” on the check.

John was born with cerebral palsy, a disability which was the catalyst for his distinctive grit, perseverance, and advocacy. He graduated from Grand Island High School in 1970 and from Hastings College in 1974 with a degree in Political Science. He attended law school and took graduate level history courses at UNL before being called back to assist in operations of the family business, Harrington Feed Lots, in Grand Island and Juniata.

In 1985 he became the chief livestock market analyst for Data Transmission Network (DTN) of Omaha. He retired in early 2019. In addition, he published a weekly subscription livestock market newsletter, “Feel of the Market," known for its insight and wit. He also published regularly in cattle market magazines such as Farm Journal and Beef Today. He received numerous professional awards throughout his career for his writing, speaking and analysis of the cattle industry.

He married Barbara Lamme in 1993 and became a beloved step-father to her three children. The marriage necessitated a move to Hastings, where he became an active and prominent resident. John served 12 years on the Hastings City Council and served as Council President 2017-2018. He was a member of the Goodwill Board in Grand Island, the Adams County Historical Society, served as an elder and trustee at First Presbyterian Church and was a longtime member of the Bible at Breakfast Study Group there. He was a member and past president of Hastings Torch Club and a longtime member of the National Cattlemen’s Association.

John lived a life of the mind. He loved reading history, philosophy and progressive Christian theology and amassed a large library reflecting those passions. He was a lifelong member of the Democratic party. He had great friends and loved to socialize and had an unmistakable laugh. He was a wonderful listener and sounding board and possessed a true moral compass. He and Barbara restored the former J.N. Clarke home, built in 1890, located at 1135 N. Lincoln Ave. He was enormously gratified by the project, digging deeply into the history of Hastings during the process.

He loved to travel. Lifetime favorite trips include Cold War-era Soviet Union, France, Scotland, the Caribbean and Hawaii. He loved to swim and spent many happy summer days at his late mother’s pool in Grand Island. He loved a good political debate, accomplishing the impossible feat, especially in these fractious times, of keeping it friendly.

He loved spending time with his family and was a proud grandfather. He enjoyed nothing more than big family dinners in his dining room. He began each meal with a thoughtful and insightful prayer and often the poetry of Auden. He cried easily and unabashedly and inspired openness and vulnerability in his family and friends. He made the world a better place.

John was preceded in death by his parents and sister, Sueann Fitzpatrick.

To order memorial trees or send flowers to the family in memory of John Harrington, please visit our flower store.