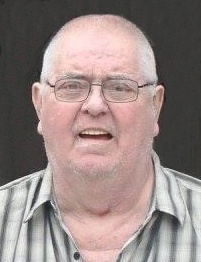 Private family burial will be at Assumption Catholic Cemetery at Assumption. There will be no viewing or visitation. Because of COVID-19 directed health measures, a memorial service will be at a later date. Memorials may be given to the JDFR (Juvenile Diabetes Research Foundation) — Nebraska Chapter or St. Michael’s Catholic Church.

John was born Nov. 8, 1944, in Hastings to James W. and Laurayne F. (McCroden) Streff. He served in the Nebraska National Guard for six years. John married Sharon A. “Sherry” Sealey and she preceded him in death on July 5, 1998.

John worked as a carpenter for many years until his retirement in 2008. He was a member of St. Michael’s Catholic Church and was a past member of Eagles Aerie #592.

To order memorial trees or send flowers to the family in memory of John Streff, please visit our flower store.