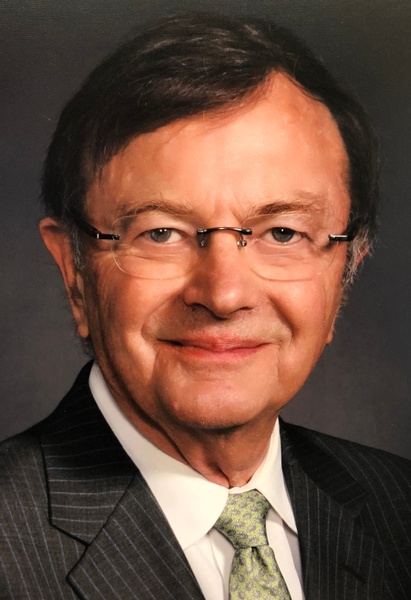 Services are 11 a.m. Thursday, November 1, at First Presbyterian Church in Hastings with Rev. Greg Allen-Pickett officiating. Private family burial will be at Parkview Cemetery in Hastings. In lieu of flowers, memorials may be given to Hastings Community Foundation, 800 West 3 rd Suite 232, Hastings, NE 68901, where they will be distributed to various worthwhile community causes important to Jack. Visitation is Noon-7 p.m. Wednesday at the funeral home.

Jack married Pamela VanBuskirk of North Platte, NE on April 18, 1970, in North Platte. Jack and Pamela made their home in Hastings, NE where Jack began his employment with the multi-generation family business, Industrial-Irrigation Services in the early 1970’s. Jack served in numerous capacities with the firm over his successful and continuing 40+ year career, and developed countless lifelong friendships with employees, suppliers, and customers from near and far. Jack truly never met a stranger. Jack considered his employees and their families his own family, and sincerely cared about each of them, making certain that their needs were considered first. Jack was always fair, courteous and professional with all of his personal and business dealings; with ethics being the top consideration under any circumstance. Jack was a true sportsman in every aspect and he loved hunting and fishing with his friends and family in the great outdoors, whether in Nebraska, Wyoming or Alaska. He was taught his outdoor skills well by his Uncle Virgil Welsh of St. Paul, NE, who was a father figure during the time when Jack’s father, Charles, was serving in World War II.

Above all else, Jack was a proud and dedicated husband, father, grandfather and employer, who led by a remarkable and unforgettable example. This was no more evident than through his love and compassion shown to Pamela after her illness. Grandpa Jack, with his unique wit and humor, will be forever missed by all who loved him.

Jack was preceded in death by his parents and wife, Pamela Osborne.

To order memorial trees or send flowers to the family in memory of John "Jack" Osborne, please visit our flower store.