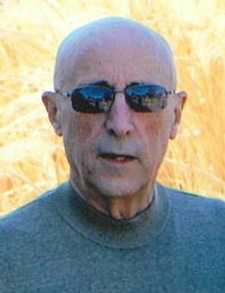 Rosary will be 7 p.m. Thursday, July 29, at Butler Volland Chapel. Mass of Christian Burial will be 10 a.m. Friday, July 30, at St. Michael’s Catholic Church in Hastings with Father Jeremy Hazuka officiating. Burial with military rites by Hastings Military Honor Guard will be at Parkview Cemetery in Hastings. Visitation will be 1-7 p.m. Thursday at the funeral home and one hour prior to service at the church. Memorials may be given to Mary Lanning Healthcare.

Joe was born May 31, 1943, in Eureka, CA to Shirley & Lucille (Canepa) Matthias. He graduated from St. Bernard’s High School and in 1961, Pre-Med Studies at College of the Redwoods, and Creighton University with a bachelor’s degree in Pharmacy. Joe served in the U.S. Army from 1966 to 1968. He moved to Hastings in 1973 and was a pharmacist at Mary Lanning Healthcare for 33 years before he retired. Joe attended St. Michael’s Catholic Church. He enjoyed muscle cars and fishing in Canada and was fascinated with airplanes.

Joe was preceded in death by his parents, Shirley & Lucille Matthias; and brother, John Paul Matthias.

To order memorial trees or send flowers to the family in memory of Joseph "Joe" Matthias, please visit our flower store.