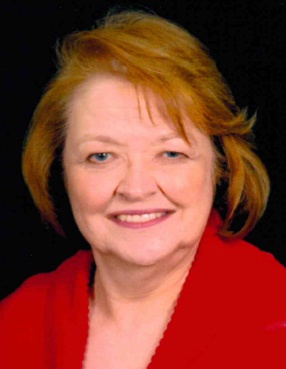 Rosary will be 7 p.m. Friday, February 25, and Mass of Christian Burial will be 10 a.m. Saturday, February 26 at St. Cecilia Catholic Church in Hastings with Father Christopher Kubat and Father Thomas Brouillette officiating. Burial will be held at a later date in Lincoln, NE. A book signing will be 9 a.m. – 4 p.m. Friday at the funeral home. Memorials may be given to Teammates Mentoring Program of Hastings, Catholic Daughters of The America’s Court William MacDonald #1009, or a local Hastings charity of the donor’s choice. The service will be live-streamed on Livingston Butler Volland Funeral Home’s website. To view the service go to Joyce’s obituary and click the play button shown towards the bottom of the page.

Joyce was born June 11, 1948, to Herbert & Viola (Iwert) Albers in Minden, NE.  She attended Kearney County School District #64 in Norman, NE, 1954 – 1962, and graduated from Minden High School as a class Valedictorian in 1966. Joyce graduated from Kearney State College (now UNK) with a Bachelor of Arts degree in Business Education in January 1970.

Joyce married Ronald Allen Psota on April 24, 1976.  They were blessed with two sons, Ryan Anthony and Jeffrey Allen.  She taught at Exeter Public School, Exeter, NE, and Adams Central High School, Hastings, NE.  Joyce was employed at Dutton Lainson Company as an Administrative Secretary to the Vice President of Sales, Manufacturing  Division, and worked as a USDA Loan Officer at Farm Services Administration.  She was the Lunch Program Director and Elementary Secretary at Hastings Catholic Schools from 1986 - 1994, and from 1994 – 2014 Joyce worked at Ellerbrock-Norris Insurance as a licensed Property & Casualty Insurance Agent until she retired.

Joyce was a member of Catholic Daughters of the America’s Court William MacDonald #1009 and held several court offices and served as state district deputy.  She was a mentor in the Tom and Nancy Osborne Teammates program to Jacinta Reining Schultz and Vivian Lara Vaquez, who both hold a special place in her heart.  She was an active member of St. Cecilia Catholic Church and a member of the Friday morning “Coffee with Jesus” Bible study group.

To order memorial trees or send flowers to the family in memory of Joyce Psota, please visit our flower store.