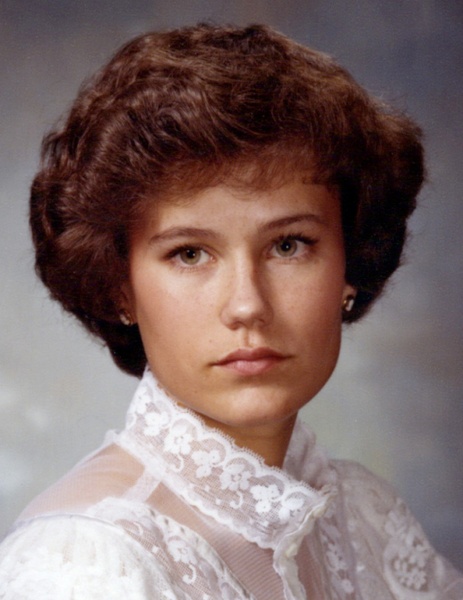 Julia A. Foote Mleczko, daughter of Kathleen Moran Foote and Donovan B. Foote died of complications of cancer on January 13, 2020 in Grand Island.

The family moved back to Hastings in 1968. She attended Hastings High School where she participated in Cross Country and Track, graduating in 1981.

She attended Creighton University and the University of Nebraska at Omaha, majoring in journalism and graduating in 1985. She was honored as a Countess at the Ak-Sar-Ben Ball.

She had a year of training at Robert Gray Public Relations firm in Washington, D.C. and returned to Nebraska where she worked at Channel 5 TV station and as a fundraiser for hospital foundations in Norfolk and Grand Island.

She married Dr. Kris Mleczko October 31, 1997, living in Grand Island until her death.

She enjoyed ocean scuba diving, trips to Las Vegas, New Orleans, San Francisco, Atlanta and other American cities, as well as the two tours of the United Kingdom in the recent years, which she considered the highlights of her many travels. She was interested in family history and genealogy and produced several books of her maternal and paternal history.

She was highly skilled in the craft of embroidery and, after her illness proved to be an obstacle in practicing that skill, she picked up knitting. She was an avid reader of both fiction and nonfiction, history of Great Britain being one of her special interests. One of her favorite authors was Jane Austen whose books she admired and watched the movies based on them repeatedly. She was a great fan of Star Wars and could lose herself watching the “Downton Abbey” and the “Outlander” series.

She is survived by her husband, her father, her sister, Margaret M. Foote, and numerous relatives. She was preceded in death by her mother, Kathleen Foote.

Rosary is 7 p.m. Thursday, January 16, at Butler Volland Chapel in Hastings. Memorial Mass is 10 a.m. Friday, January 17, at St. Cecilia Catholic Church in Hastings with Father Christopher Kubat officiating. Private family burial will be held at a later date. Book signing will be Thursday 6-7 p.m. at the funeral home. Memorials may be given to the Central Nebraska Humane Society, 1312 Sky Park Road, Grand Island, NE 68801.

To order memorial trees or send flowers to the family in memory of Julia Mleczko, please visit our flower store.