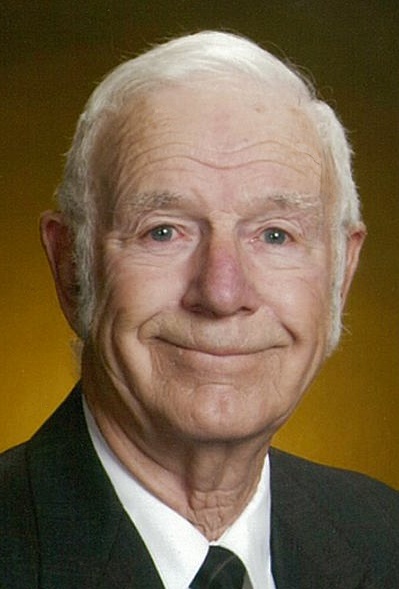 Services are 10 a.m. Tuesday, December 31, at Butler Volland Chapel in Hastings with Chaplain John Mueller officiating. Burial with military rites by Hastings Military Honor Guard will be at Parkview Cemetery in Hastings. Visitation is one hour prior to service at the funeral home. Memorials may be given to Hastings College Endowment Fund or Scottish Rite Foundation.

Kenneth worked as President and General Manager for Credit Bureau of Hastings for 47 years; retiring and selling his business in 1995. He was a member of the First United Methodist Church. Kenneth was an officer and director of the Association of Credit Bureaus of Nebraska, Association of Credit Bureaus of The Upper Midwest, Nebraska Collectors Association, and Hastings Noon Lions Club. He was a member of Masonic Lodge #50, Scottish Rite, Hastings College Alumni Association, and American Legion Post #11. Kenneth was appointed to the Nebraska Collection Agency Advisory Board then reappointed by Governor Ben Nelson to the Nebraska Collection Agency Licensing Board.

Kenneth was preceded in death by his parents and two sisters, Lucille Davidson and Louise Witzenberg.

To order memorial trees or send flowers to the family in memory of Kenneth Uden, please visit our flower store.