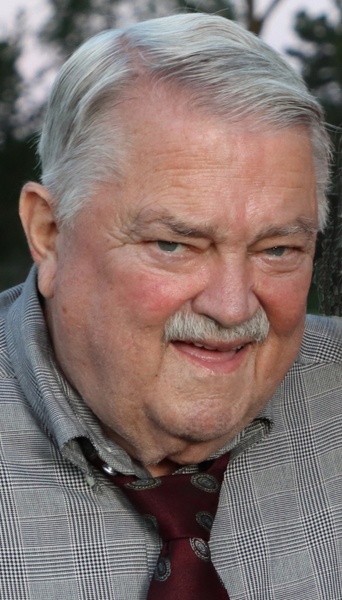 Memorial Services will be 3 p.m. Saturday, November 21, at Faith Lutheran Church in Hastings with Pastor Paul Dunbar officiating. Burial with military rites by Hastings Military Honor Guard will be at Sunset Memorial Gardens Cemetery in Hastings. Visitation will be 5-7 p.m. Friday with family present at the funeral home. Memorials may be given to Faith Lutheran Church, St. Jude Children’s Research Hospital, or Nebraska Children’s Home in Omaha. For the health and safety of others face masks are required for those attending the visitation and funeral, your cooperation is appreciated. Since there are material sharing restrictions, we ask that you bring your own pen for signing the registration book or memorial envelopes. If you do not bring one, we can do that for you.

Ken was born July 10, 1945, in Hastings, NE to Robert D. & Arlene E. (Schnase) Laux. He attended District 40 and District 2 in rural Hastings. He graduated from Hastings Senior High School in 1963 and then attended the University of Nebraska-Lincoln where he earned his Bachelor of Arts degree in Economics. While at the university, he was a member of the Phi Gamma Delta Fraternity. After graduation in 1968, he married Carol L. Whitcomb on May 31, at the First United Methodist Church. Ten days later he was drafted into the United States Army, where he received training in radioteletype and served in Germany for a year and a half. Upon completion of his military obligation in 1970, he began working for State Farm Insurance and remained with them for 39 years. On October 6, 1971, one child, Eric Anthony Laux was born. Ken was a member of Faith Lutheran Church.

Ken enjoyed going on fishing trips with his son and his friends. He also derived pleasure from hunting, tending to his garden behind his office, and playing cards with his friends. During his career with State Farm, he loved traveling to different parts of the world with his wife and friends in the insurance business. He continued his education by earning several insurance designations including CPCU and CLU degrees.

Ken had many lifelong friends from the Hastings area with whom he grew up and considered them to be his extended family. He cherished every moment he was able to spend with them. Ken had a special way about him, and almost everyone who knew him would have a funny story to share. Ken’s legacy will live on in the wonderful memories of his friends and family.

Ken was preceded in death by his parents and father-in-law and mother-in-law, Carl & Audrey Whitcomb.

To order memorial trees or send flowers to the family in memory of Kenneth "Ken" Laux, please visit our flower store.