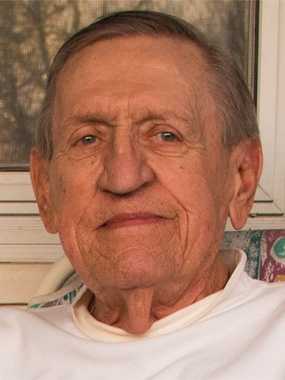 Referred to as “Butch” from a young age, Kurth moved with his mother and brother to Hastings in 1945, to live with his Aunt Margaret and Uncle Fritz (Frances) Yilk while Kurth Sr. was serving in WWII. He attended Alcott & Longfellow Elementary Schools, Hastings Jr. High School, and Hastings Senior High School, from which he graduated in 1957.

He attended Hastings College in 1957-58, and Colorado State College in Greely, CO in 1958-59, before enlisting in the United States Air Force.

Kurth’s USAF service began on October 19, 1961, with basic training at Lackland Air Force Base, San Antonio, TX. A majority of his service was spent at Elmendorf Air Force Base, Anchorage, AK, where he met and married Barbara J. Phelps on the last day of 1962—they remained married until January, 1983. In anticipation of his first child’s birth in ’64, he transferred to Lowry Air Force Base, Denver, CO, achieving the rank of Senior Airman (SrA/E-4) before being honorably discharged on October 18, 1965.

In fall of 1965, Kurth began a career with what would later become Avco Financial Services, working at branch offices in Nebraska and Iowa, ascending to branch manager. After a nine-month stint in Hastings, Kurth accepted a promotion to Avco’s corporate offices and moved his family to Orange County, CA in 1974. Kurth first served as properties manager and eventually ascended to Assistant Director, Corporate Services before leaving in 1986. Kurth married Patricia (Ben) Johnston in April, 1983 and they remained married until 1995. In 1986 Kurth joined Imperial Savings and Loan Association as Vice President, Branch Properties and moved to San Diego, CA. He continued in that capacity when Household Bank FSB acquired Imperial in 1991, and stayed with Household until they sold their Southern California branches in 1995—returning to Hastings in August of that year.

Once back in Nebraska, Kurth worked for radio station KMTY 97.7 in Holdrege, and later the agricultural publication Midwest Messenger as an account executive from October 21, 2000, until retiring April 4, 2004.

Retirement saw Kurth hosting Husker watch parties at his house, and enjoying the company of his beloved yellow Labrador retriever, Shania. In recent years Kurth enjoyed his weekly Tuesday “Lunch Bunch” get together at Murphy’s Wagon Wheel with his buddies. Health issues compelled Kurth to move back to Southern California in June of 2019, living with his daughter and her husband until his passing.

Kurth’s many hobbies included gardening, tennis, photography, collecting, and he especially enjoyed, and was an excellent golfer. He could fix or build anything, and always had the right tool for the job when tackling his numerous handyman projects. After moving back to Hastings, he loved “boot scooting” with lady friends. Gregarious and sociable with family, friends and acquaintances alike, if you were within range, he’d surely fling you a Wint O Green Lifesavers from his pocket-full supply. Kurth fervently followed the Big Red, and the Huskers absolutely revealed his heritage: the “stubborn Swede” saw him stick with the Huskers during down years, and his Irish spirit was revealed if the ball didn’t bounce the Huskers way on game days. Kurth shared this Cornhusker passion with his family. This communal passion will evoke his memory and remain as an unmistakable part of the familial bond connecting Kurth to future generations.

Kurth was preceded in death by his father and mother, Kurth B. and Madeline (Day) Nelson Sr, and paternal grandmother, Ellen (Johnson) Nelson grandfather, Nels A. Nelson, and maternal grandparents William and Emma (Long) Day, and his beloved Shania.

To order memorial trees or send flowers to the family in memory of Kurth "KB" Nelson Jr., please visit our flower store.