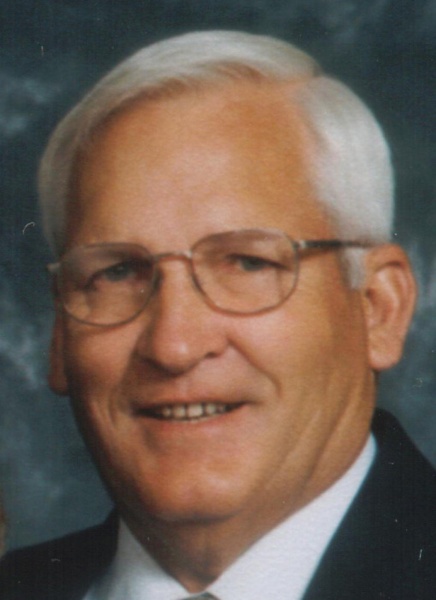 Larry "Cork" Christensen passed on to his heavenly home on December 1, 2020. He was a lifelong resident of Adams County until recently when he resided in Grand Island at The Heritage at Sagewood.

Due to COVID-19 restrictions, services were delayed. Services will be held on Monday, June 14, at Grace United Methodist Church in Holstein at 10:30 a.m. Visitation with family present will begin one hour prior to the service. Following the service, lunch will be served at the Holstein Fire Hall. Burial services for both Cork and Jean will be at Parkview Cemetery in Hastings at 2 p.m. The service will be live-streamed on Livingston Butler Volland Funeral Home’s Facebook page. The direct link for that page is www.facebook.com/lbvfh , the link will not be live until five minutes before service time.

Cork was born on November 11, 1934 in a home south of Holstein, NE. He attended the Morseville country school, then Holstein Public School, where he graduated. Cork farmed southwest of Holstein for almost his entire life beginning as a youngster with his dad, then independently.

He married Jean Pointer on August 22, 1954, at which point they became “Cork & Jean” to all who knew them. Together they were blessed with four children, Ronnie, Terri, Lori & Peggy.

He was a member of the Holstein Grace United Methodist Church and served on various committees and offices for the church. He was also involved in community and business activities, including serving on the Holstein Elevator Board and the Holstein School Board.

Cork served as a Sergeant in Company "G" 134th Infantry of the National Guard, based in Hastings, for six years in the 1950s. He achieved Expert on the M-1 30 caliber rifle, and Marksman on the 57 MM Recoilless rifle.

A family man through and through, he attended many church programs, ball games, band concerts, and other various activities for his children, grandchildren, great-grandchildren, nieces, and nephews. He was a fun guy to be around and he especially enjoyed teasing and joking with kids in his wide circle of family & friends. “Cork & Jean” were good dancers, enjoying community dances at the Holstein Legion Hall and later square dancing. They enjoyed traveling and camping in their travel trailer during the offseason and in retirement. Cork also enjoyed collecting toy tractors. He began his collection with “just the tractors I used when I farmed”, but his collection grew much larger once he caught “the bug”. Always one to work with his hands, he enjoyed restoring old tractors, including the first tractor he used when farming with his father, a 1931 CC Case. He made beautiful things with wood – from furniture to drink coasters.

A special thank you to those who cared for Cork in his later years including Jenna, Linkin, staff members of Home Instead, Tabitha Hospice, and The Heritage at Sagewood.

To order memorial trees or send flowers to the family in memory of Larry "Cork" Christensen, please visit our flower store.