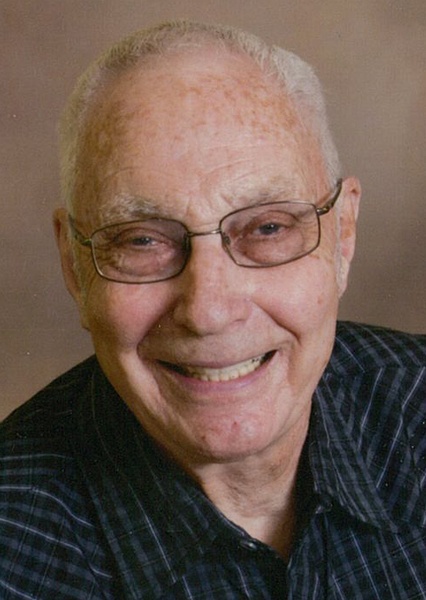 LaVon was born February 4, 1933, near Bloomington, NE to Middent & Hannah (Post) Bienhoff. He was baptized and confirmed at Zion Lutheran Church near Macon, NE. LaVon graduated from Hildreth High School in 1951. He served in the U.S. Army in Germany from 1951 to 1953 and then graduated from Milford Community College with a degree in mechanics.

LaVon worked at Sherman Service Center, Hastings Fire Station, Pepsi Cola, and retired from Hastings Industries after 30 years. He married Joyce Janssen in June 1957; she preceded him in death in 1998. LaVon married Eunice (Adam) Hemje on September 4, 1999. He enjoyed genealogy research, playing music with friends, loved his pets, and traveling in his motorhome. LaVon took pride in maintaining a home.

To order memorial trees or send flowers to the family in memory of LaVon Bienhoff, please visit our flower store.