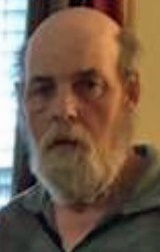 Celebration of Life and visitation with family present will be 3-6 p.m. with remembrances and time of sharing beginning at 5:30 p.m. Friday, September 3, at Butler Volland Funeral Home in Hastings. Military honors will be held by Hastings Military Honor Guard at 3:15 p.m. at the funeral home. Private family burial will be held at a later date. Memorials may be given to the family for a memorial to be established at a later date.

Larry was born January 15, 1954, in Kearney, NE to Edwin J. & Dorothea (Bolt) Martenson. He graduated from Axtell High School and attended Central Community College in Construction Science. Larry served in the U.S. Navy from August 21, 1972 to March 5, 1975. He married Pearlene Berg on March 17, 1979, in Onawa, IA. Larry was a construction worker with Golden Triangle/Connors in Hastings.

Larry was preceded in death by his parents and brother, Donald Martenson.

To order memorial trees or send flowers to the family in memory of Lawrence "Larry" Martenson, please visit our flower store.