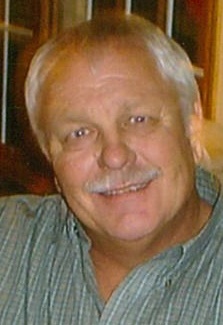 We regret to inform the general public that Nebraska's favorite son, Leland “Lee” Thomas Skalka passed away on January 25th on his family's original homestead that he passionately loved.

Lee was born and immediately dubbed “our favorite child” by Richard and Dorothy Skalka in February of 1948. He was loved, supported, and cared for to an extent that some may call excessive.

He is survived by His wife Cathy of 10 years and his two proudest accomplishments - daughter Brandi Lee Skalka-Herold and son Thomas Joe “T.J.” Skalka, and their spouses Dan Herold and Jodi Skalka. Additionally he is survived by his Brother Don, Sister Jeanie and spouse Bruce, Grandchildren Ethan, Logan, Natalee, Tommy, Ian, Jase, Paityn, and Elara, step-daughters Shayla and Tasha, nieces and nephews, Megan and Mark & Brent and Alicia, and mother of his children Deena Skalka. Lee was preceded in death by his parents, Richard and Dorothy (Mazour) Skalka and an infant brother, Robert Skalka.

Lee was a graduate of Fairfield High School where he became homecoming king by earning more votes than either of his other two male classmates. Feeling an obligation to his country, Lee joined the Army National Guard. During his time of service, he had been known to decorate his armored personnel carrier with balloons; boosting the moral of his fellow troops while simultaneously driving his superiors crazy.

He spent many years of his career pursuing various entrepreneurial endeavors including investing in real estate development. Due to the recession created by the Democratic Carter administration, Lee decided to make a career change (How would you like to try and sell houses with 20% interest rates?).

He returned to the Deweese river valley to work the very same land as generations before he had done. He was able to build his new home himself on the same homestead that had originally been settled by some of his earliest immigrant ancestors where he farmed and ranched for many years.

While building a life for himself and his family, Lee was an active member of the Deweese community and was loved by many (some of which may actually be willing to admit to this publicly.). During his entire life he enjoyed working with his hands, good food and drink, traveling, but most of all spending time with the family that he loved so dearly. He is lovingly referred to by members of his family as “One of the greatest men to ever grace the earth with his presence”.

He had a sharp wit and a dry sense of humor that could bring a smile to the faces of friends and strangers alike. He was a lively and bright soul that brought joy and fulfillment to the lives of many that knew him and a legacy of love that will not soon be forgotten.

To order memorial trees or send flowers to the family in memory of Leland "Lee" Skalka, please visit our flower store.