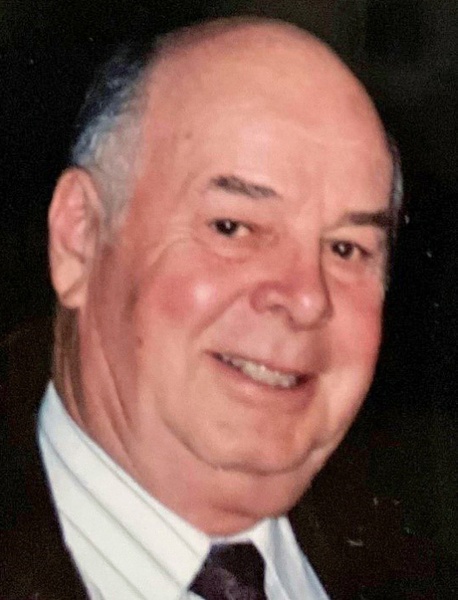 Services will be 10 a.m. Monday, November 29, at First United Methodist Church in Hastings with Rev. Lance Clay officiating. Private family burial will follow at the Fullerton Cemetery in Fullerton. Visitation will be 3-6 p.m. Sunday with family present at the funeral home and one hour prior to service at the church. The family requests that memorials be directed to the Fullerton Cemetery, Fullerton, Nebraska, Hastings First United Methodist Church, or Hastings Crossroads Center Rescue Mission. Face masks are required to be worn during the visitation and service. The service will be live-streamed on Livingston Butler Volland Funeral Home’s website. To view the service you will need to go to Duane’s obituary and click the play button shown towards the bottom of the page.

Duane was born May 2, 1932 in Fullerton, Nebraska, the son of Leon D. and Velma (Jenkins) Dudney.  He grew up on a farm outside of Fullerton and graduated from Fullerton High School as a member of the National Honors Society in 1949.  Duane was a veteran of the U.S. Navy, serving from 1951-1955 on a minesweeper during the Korean War. On April 22, 1956, Duane married Dorothy Forbes.  Duane and Dorothy moved to Hastings, Nebraska, where Duane began his career working in the office for Western Land Roller pump irrigation company as a salesman.  After his children graduated from high school, he began traveling as a sales manager for the High Plains creating life-long friendships with customers across the United States.  Duane retired (for the first time) from Western Land Roller after 50 years as a top salesman for the company.  He continued to work for the company as a consultant for another 13 years until his final retirement in 2015.

Duane was active in his community, serving as a life member of the American Legion Post #151 of Fullerton and the VFW Post 1346 in Hastings and along with his wife, the First United Methodist Church of Hastings. He was also a long-time member of the Master Mason Lodge No. 50, the Royal Order of Jester’s Court No. 152, and the Scottish Rite.  He was also involved in the National Groundwater Association of Nebraska.

To order memorial trees or send flowers to the family in memory of Leon "Duane" Dudney, please visit our flower store.