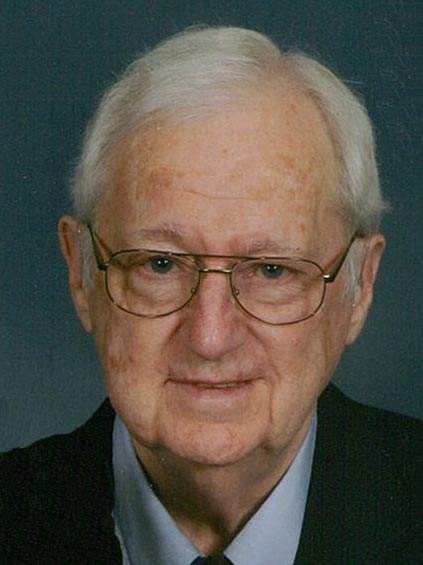 Rosary is 7 p.m. Thursday, October 10, at Butler Volland Chapel. Mass of Christian Burial is 10 a.m. Friday, October 11, at St. Cecilia Catholic Church in Hastings with Father Christopher Kubat officiating. Burial with military rites by Hastings Military Honor Guard will be at Parkview Cemetery in Hastings. Visitation is 1-8 p.m. Thursday at the funeral home, and one hour prior to service at the church on Friday. In lieu of flowers, memorials may be given to Msgr. John J. McCabe Endowment Fund for St. Cecilia Church, Hastings Catholic Schools Foundation, or Hastings Food Pantry.

Monty was surrounded by the loves of his life – his family – at the time of his death and spent his life surrounding his family with love.

A lifelong Hastings resident, Monty graduated from St. Cecilia in 1947. A proud patriot, he enlisted in the U.S. Army and served as a Sergeant in the Korean War, assisting the medics and chaplains during the conflict. His service didn’t stop when he returned home - he joined the Hastings Fire Department in 1952, rising to the rank of Captain in 1955, eventually becoming Chief in 1971.

In 1978, he joined the Hastings Public Schools, serving on the Administrative Staff as Director of Buildings, Grounds and Maintenance. He spearheaded efforts to improve every facet of the educational and athletic facilities, strongly believing great buildings help make great students.

He retired from the school system in 1995 but remained tireless in his efforts to better his community, joining the Adams County Board of Supervisors in 1996 and serving for 14 years until 2010.

He was a generous philanthropist and a dedicated advocate for the underprivileged and the poor. He was honored to be a member of the Knights of Columbus, St. Cecilia’s parish, an early Habitat for Humanity volunteer and over the years he served on many boards - including the Hastings Food Pantry, the United Way, Madonna Rehabilitation, CASA, The American Red Cross and countless others. He was an enthusiastic hobbyist and model train and fire truck collector, bringing smiles to everyone who experienced his whimsical displays.

Monty was preceded in death by his parents, Charles and Kathryn Kehoe; sisters, Mary Simpkins and LaVon Crosby; and brother, Bill Kehoe.

To order memorial trees or send flowers to the family in memory of Louis "Monty" Kehoe, please visit our flower store.