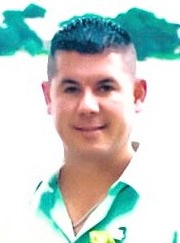 Memorial Services will be at 2 p.m. Saturday, April 23, at Butler Volland Chapel in Hastings with Nathan Raffaeli giving a bible talk. There will be no burial. A book signing will be 8 a.m. – 4:30 p.m. Friday, April 22, and one hour before the service at the funeral home. Memorials may be given to the family for a memorial to be established at a later date. The service will be live-streamed on Livingston Butler Volland Funeral Home’s website. To view the service, go to Lucas’s obituary and click the play button shown towards the bottom of the page. Private condolences may be sent to the family at www.lbvfh.com. Livingston Butler Volland Funeral Home & Cremation Center is serving the family.

Lucas was born February 27, 1978, in Superior, NE to James D. Chapman & Debi (Chapman) Kingston. He graduated from Red Cloud High School in 1996. Lucas married Nicole Pritts on August 4, 2012, at Hastings Lake in Hastings, NE. He was a Finance Manager for Scott Spady Motors. Lucas enjoyed spending his time with his family, grilling outdoors, and training in the gym. He received the “Strongest Man Champion” award in 2007. Lucas also enjoyed his hobby of firearms, and shooting at the gun range.

Lucas was preceded in death by his son, Brogan Chapman, and grandparents, Mary Nelson, Don Nesbitt, and Shirley DeHart.

To order memorial trees or send flowers to the family in memory of Lucas Chapman, please visit our flower store.