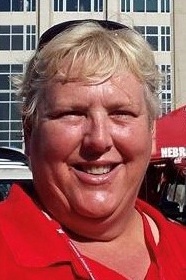 Hastings resident Marcia Klein, 52, passed away Wednesday, January 29, 2020, at Mary Lanning Healthcare, Hastings, NE surrounded by her family after a battle with cancer.

Memorial service with Elks rites is 3 p.m. Sunday, February 9, at Butler Volland Chapel in Hastings with Chaplain John Mueller officiating. Private family burial will be held at a later date. Visitation is 1-3 p.m. Sunday with the family present at the funeral home. Memorials may be given to the family for a memorial to be established at a later date.

Marcia, the youngest of seven children was born September 1, 1967, to the late Everett & Lorene Klein of Roseland, NE. Marcia graduated high school with the Class of 1985 in Roseland, NE and later attended Central Technical Community College.

She had a love for horses and went on to become a horse trainer working on several race tracks throughout the midwest. After a time with the race tracks, Marcia settled in Hastings, NE. Marcia held various office positions through the years with the last being at Smitty’s Electric.

Her passion in life was coming home to the family farm, golfing, horse races, sports, and her many friends. As a very proud and dedicated member of the Elks Lodge #159 for 13 years, she held the position of Secretary/Treasurer for the women's golf association for five years. She was in charge of the ladies' tournament for 10 years. She was very active in the Christmas project and the Lou Bogan tournament and helped with many of the projects the Elks sponsored.

To order memorial trees or send flowers to the family in memory of Marcia Klein, please visit our flower store.