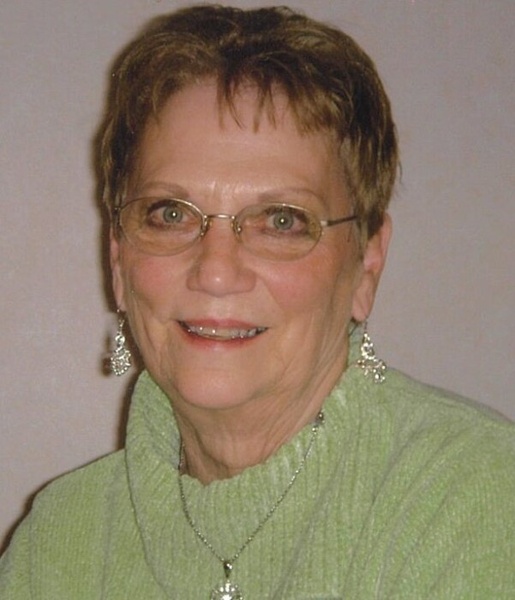 Services will be 11:00 a.m. Monday, March 14, at Faith Lutheran Church in Hastings, with Pastor Paul Dunbar officiating. Private family burial will be at Parkview Cemetery in Hastings. Visitation will be 1-7 p.m. with family present 5-7 p.m. Sunday, March 13 at the funeral home. Memorials may be given to Faith Lutheran Church or Mary Lanning Hospice. The service will be live-streamed on Livingston Butler Volland Funeral Home’s website. To view the service go to Marcia’s obituary and click the play button shown towards the bottom of the page. Private condolences may be sent to the family at www.lbvfh.com. Livingston Butler Volland Funeral Home & Cremation Center is serving the family.

Marcia was born March 12, 1934, in Riley County, KS, to Floyd & Margaret  (Wohler) Baird. She attended Washington High School in Washington, KS. Marcia married Marvin Kloppenborg on April 6, 1951. To this Marriage, Steven and Debra were born. Marvin preceded her in death on March 8, 1990. Marcia then married Galen L. Maurer on June 6, 1992 he preceded her in death on March 2, 2018.

Marcia was a secretary for Nelson Financial Services. She also worked for JM McDonald Executive Office. Marcia was a member of Faith Lutheran Church. Marcia enjoyed volunteering at the Good Samaritan Village Diner in Hastings. Marcia was an avid Husker football and volleyball fan. She liked to go camping and fishing. Marcia loved to dance with her late husband Galen but most of all loved talking with her family.

To order memorial trees or send flowers to the family in memory of Marcia Kloppenborg-Maurer, please visit our flower store.