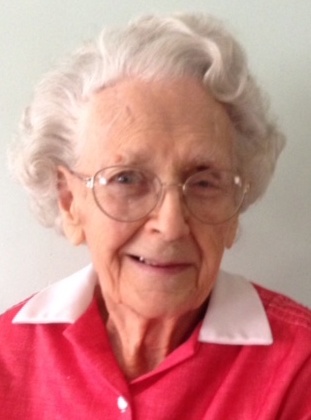 Services are 11 a.m. Saturday, November 17, at First St. Paul’s Lutheran Church in Hastings with Pastor Joel Remmers officiating. Burial will be held at Sunset Memorial Gardens Cemetery in Hastings. Memorials may be given to Children's Ark at Good Samaritan Village. Visitation will be 1-8 p.m. Friday with family present 5-7 p.m. at the funeral home, and one hour prior to service at the church.

Margaret was born November 1, 1920, in Chicago, IL to Rudolph & Thekla (Tomsich) Rieger. She graduated from Manteno High School in Manteno, IL and received her bachelor’s degree from Illinois State Normal University. She married Elmer Kloepper on June 22, 1949, in Kankakee, IL; he preceded her in death on December 20, 2004.

To order memorial trees or send flowers to the family in memory of Margaret Kloepper, please visit our flower store.